‘Criminals are not welcome in Surrey’: Six police forces team up to make 149 arrests in three days 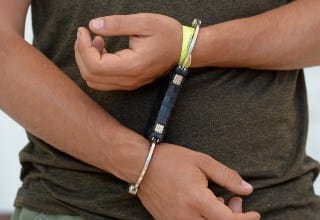 POLICE officers working together from six forces across the south of England have arrested 149 people during a three-day operation to disrupt criminals and tackle violent crime.

This dedicated operation tackles those who may be involved in drug dealing, weapons offences, burglaries, and other serious violent offending, by using police intelligence to target vehicles being used for criminal activity.

In Surrey specifically, 13 people were arrested for a number of offences including theft of a motor vehicle, burglary, drugs offences, sexual assault, driving offences and stalking.

Detective Inspector Dee Fielding from Surrey Police, said: “As a police force our main objective is to keep the residents of Surrey as safe as possible. Criminals utilise the road network to carry out all sorts of offences, so by pooling resources and using police intelligence, officers were able to effectively target these people whilst they were on the move.

“Many of those arrested will be involved in organised crime and pose significant risk to our communities through drug dealing, exploitation, associated crimes like burglary. They often target vulnerable adults and children, so this cross-border working is vital in showing those involved in these types of crimes, that they are not welcome here or in any other Police force areas.

“If you have any concerns about criminal activity in your local areas, or have any information, please let us know via 101 so that we can take action and improve our intelligence picture.”