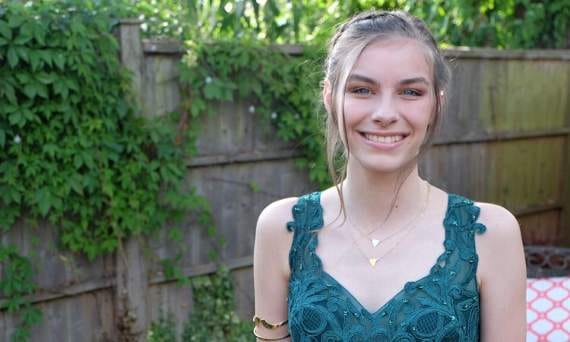 TRIBUTES have been paid to a former Woolmer Hill School student and budding actress from Chiddingfold who died following a head-on crash just miles from her family home.

Rosie Roebuck, a 16-year-old member of the Churt Amateur Dramatic Society (CADS) and the Farnham-based Tilbourne Players, died after a collision between a blue Peugeot 508 and a white Volkswagen Golf on the A283 in Northchapel at around 5.23pm on Monday, July 9.

Four people sustained serious injuries in the crash and were taken to St George’s Hospital in Tooting for treatment. Rosie later died from her injuries.

Her family has issued the following tribute: “Rosie had just finished her GCSEs and completed her final year at Woolmer Hill School, Haslemere. She was due to begin studying for A Levels in English literature and language, psychology, drama, and performing arts at Godalming College in September.

Motorcyclist killed in three-vehicle crash on the A32 near Alton

“Rosie leaves behind her parents Alex, 50, and Jenny, 48, her older sister Evie, 18, and her younger brother Sam, 14. Rosie lived in Chiddingfold her whole life and went to St Mary’s C of E Primary School.

“Rosie wanted to be an actress and participated in many productions for her school, CADS and The Tilbourne Players.

"Recently, Rosie starred as Susan in The Lion, The Witch and The Wardrobe for Tilbourne Players, as Jack in CADS’ 2018 pantomime Jack and the Beanstalk, and in the lead role of Sally Bowles in Woolmer Hill’s production of Cabaret. Rosie’s drama teacher described her performance in Cabaret as ’formidable’."

“Rosie was a talented and capable girl whose priority was her family and friends. She had a mature, intuitive and caring nature and always thought of others.

"Rosie was fun loving and always eager to try new things. Her natural beauty and gorgeous smile will be missed by all who knew her.”

Police are still appealing for witnesses, or anyone with dash cam or CCTV footage of the incident, to report it online or call 101, quoting operation Emley.