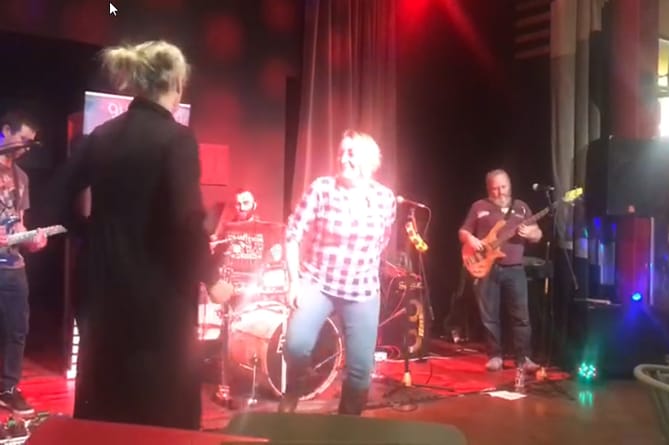 A CROWD of more than 60 rock music fans packed The Cube at The Shed in Bordon for Mr M’s Magical Music Night on March 18.

They were there to see popular local rockers Guns Blazin’ storm through an energetic set of familiar rock covers.

The audience were in good spirits and danced to pacey renditions of some well known classics like The Rolling Stones’ Sympathy For The Devil and The Beatles’ Ob-La-Di, Ob-La-Da.

But the band really shone on more up to date offerings like Jet’s monster hit Are You Going To Be My Girl, and their rendition of I Predict A Riot by the Kaiser Chiefs had the audience both dancing and singing along with the band, earning them an encore.

Mr M’s Magical Music Night returns to The Cube at The Shed in Bordon at 8pm on Friday, April 15 for a Northern Soul music night complete with a dance floor and Wigan Casino classics, plus a few surprises. Mr M said: “Wear your best dancing shoes!”