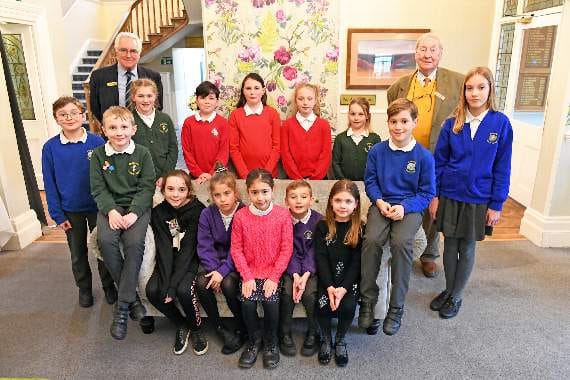 THE Rotary Club of Alton played host recently to the Alton area round of the Nationwide Rotary Young Writers competition.

This year’s theme was Connections which resulted in a lot of “inspirational and entertaining writing”.

The top three from each school were submitted to a panel of judges led by local author Valerie Wilding (My Story: Road to War), supported by Martin Korda, writer of the UK’s number one game in 2019, FIFA 20, and Alton Library team manager, Ginny Arnison.

Submissions were judged in February and prizes awarded on Thursday (March 5) at a tea party for pupils, parents and teachers at the Alton House Hotel.

The winning pupils from each school were invited to read their texts.

The overall winner was Elanor Ireland, with a cleverly written story An Intergalactic Connection. Elanor will now go forward to the district competition, to decide who represents Hampshire at the national final.