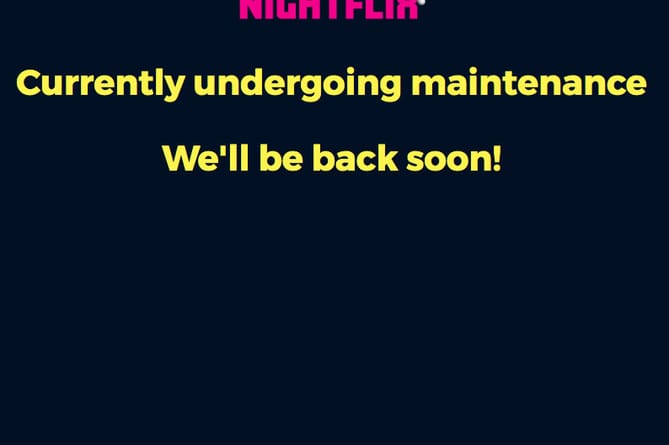 DRIVE-IN cinema in Bordon has come to an end – at least until April.

Nightflix, the company running the site, was put into liquidation by its chief executive John Sullivan after the demise of its site in Colchester.

Colchester Council refused Nightflix planning permission to make its pop-up cinema on the site of a former Sainsbury’s supermarket permanent.

That, and the loss of customers because of Covid-19, signalled the end of Nightflix, which also ran drive-ins in Milton Keynes and Newark.

James Child, project lead at the Whitehill & Bordon Regeneration Company, said: “It is disappointing that Nightflix has closed down.

“Their business suffered severely during the pandemic and its subsequent lockdowns, hampered in particular by the delay of new film releases such as James Bond.

“The Whitehill & Bordon Regeneration Company has now taken on the assets of the business in Bordon and will be relaunching the cinema within the next couple of months.”

Whitehill Town Council leader Cllr Andy Tree believed it was important that the regeneration company kept the faith of the residents of Whitehill & Bordon.

He said: “I understand Nightflix have closed down but that the Whitehill & Bordon Regeneration Company have all the equipment and plan to re-launch in April. I have asked them to keep me in the loop on this.

“I want the new town centre to be a success for residents. The period ahead will now be an opportunity for the Whitehill & Bordon Regeneration Company to work to restore and build confidence.

“I will be keeping an eye on the whole ongoing development, which is my job on behalf of residents.”

The most famous popular image of drive-ins comes from the film Grease, in which the students of Rydell High School turned off their engines and stretched out in massive open-top cars to watch a movie during night scenes filmed in the dry warmth of Los Angeles, California.

Such an option was unlikely in the damper and cooler climes of Essex, with audiences needing to keep their motors running to stay warm, work their wipers and demist their windscreens, and Colchester Council refused to extend a one-year temporary planning permission approved in November 2020 due to pollution concerns from idling engines.