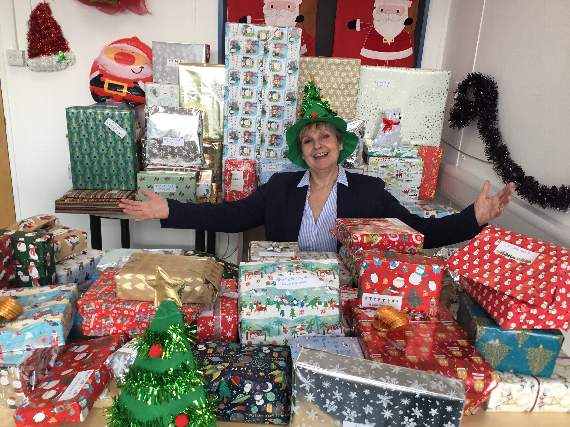 Deputy leader councillor Julie Butler with some of the presents

The gifts will be distributed to children who have been chosen by charities, so they have something to open on Christmas morning.

Councillor Julie Butler, the council’s deputy leader, said: “The staff and councillors have been incredibly kind and jumped at the chance to buy a gift or two each for the children. Christmas is a time for giving and we are thrilled to support this brilliant scheme.

“Every child deserves the chance to open something nice at Christmas and were delighted to do our bit.”

The scheme has been supported by headteachers of East Hampshire schools and charities.

Jo Ayres, headteacher at St Mary’s Bentworth, said: “We’d like to say a massive thank you for all the work done by EHDC’s staff and councillors and for the generous gifts they have bought this year.

“I know the families and their children will be terribly grateful.”