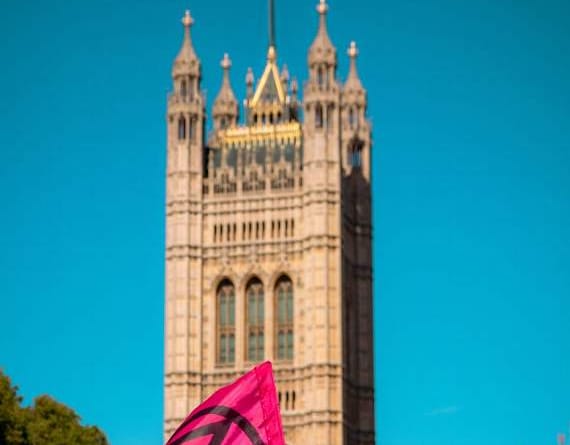 Robert was arrested for 'obstructing the highway' at Whitehall

AN EXTINCTION Rebellion (XR) protester from Haslemere arrested for obstructing the highway in Whitehall in 2019 has had his conviction quashed.

Robert MacQueen, 65, joined XR in 2018 after hearing about the activist group in the news.

He said: “I have always been concerned [about climate change], since I went to college in the 1970s.

“I’ve been just a bit of an armchair activist, pressing buttons and saying ‘I support this petition’. I felt that I ought to do something, and not being a great, fun-loving protester, I thought at least I could get arrested!”

Alton man jailed for life for the manslaughter of Bonnie Harwood

Robert took part in a series of protests held throughout October 2019, which saw demonstrators shut down parts of Westminster through a variety of actions, reportedly drawing 30,000 to London.

He said: “All I did was go to an area where the police had imposed a condition under Section 14 of the Public Order Act, which is their means of controlling assemblies.

“They say you must leave this area and go somewhere else if you want to continue your protest, and mostly people were arrested for failing to comply with that.”

As reported by the BBC, Judge Mark Dennis QC overturned Robert’s conviction after the Crown Prosecution Service (CPS) offered no evidence to counter the appeal, with the judge asking for a review of remaining cases where a protester argued they had a “lawful excuse” to occupy the road.

It comes after the Supreme Court ruled in favour of demonstrators who blocked a road at a military arms show at the ExCeL Centre in London.

Robert said: “What the police and CPS had was the impact of the protests all together – but they couldn’t say how much one person amounted to wherever they sat down.”