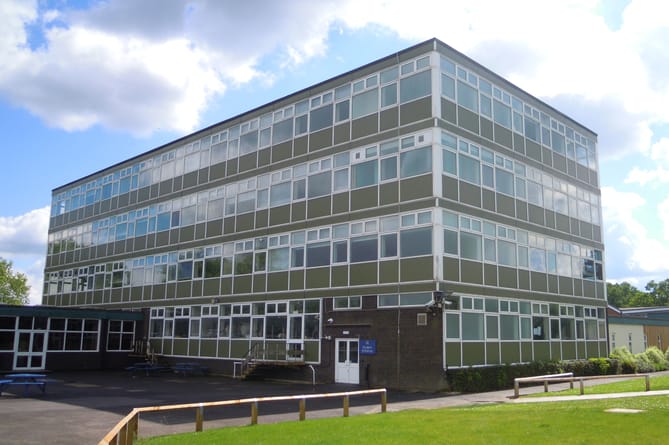 A FORMER teacher at Farnham Heath End School has been banned from the classroom for life after he was jailed for abusing vulnerable teenage girls.

The Bucks Free Press reported this week that “manipulative” Richard Cottyn, 38, was employed at Farnham Heath End School (FHES) when he was arrested in September 2017 for making sexual advances towards a pupil.

This took place just five months after the-then struggling secondary school was taken over by the Weydon Multi Academy Trust in April 2017 – but before new headteacher Stuart Maginnis joined FHES in January 2018, and the school achieving an Ofsted ‘good’ rating in February 2020.

After Cottyn’s arrest, police searched his laptop and his mobile phone and found thousands of chat logs with girls aged between 14 and 17. It also became clear he had met up with some of them and had an indecent image.

He was arrested again in June 2018 and another phone – which had more than 2,500 chat logs on it – was seized, while hundreds of indecent images of girls were also found on his laptop.

On October 5, 2020, Cottyn, who is from Sheffield and previously worked at the now-closed Burnham Park Academy in Buckinghamshire, was jailed for eight years and eight months after being convicted of 28 crimes against young girls.

After his initial arrest, FHES dismissed Cottyn and referred the case to the Teaching Regulation Agency (TRA), which deals with teacher misconduct.

A TRA panel said Cottyn’s conduct was “of the most serious and gravest kind”.

Their report recognised that some of the offences had taken place outside of school “and had not involved pupils from the schools where Mr Cottyn worked”. But it concluded Cottyn’s “proven actions were relevant to teaching, working with children and/or working in an education setting”.

It added public confidence in the teaching profession would be “severely damaged” if he was allowed to teach following his release from prison.

While the panel noted Cottyn had been “remorseful” and had had counselling, they said he must be banned from teaching for the rest of his life.