Daughter died in my arms – dad 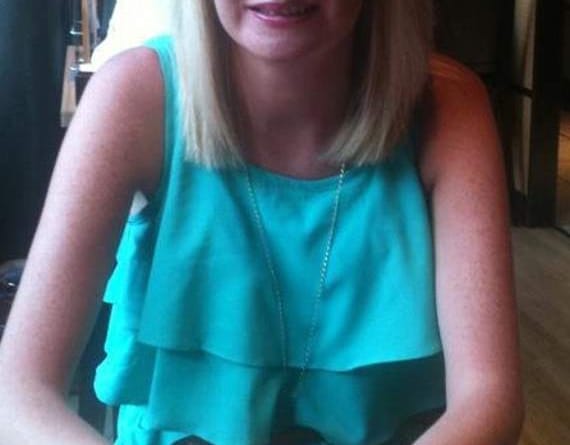 A LIPHOOK woman died in the arms of her father while waiting for an ambulance.

In the early hours of last Tuesday morning, Willie Wynne received a call from his 43-year-old daughter Ingrid, who lived at Manor Fields, Liphook.

Ingrid, who had been diagnosed with a pre-existing health condition, was “struggling to breathe” so Mr Wynne, who lives in Greatham, rushed to her aid.

He said he phoned an ambulance around 12.15am when her condition seemed to be severe. “I told them my daughter can’t breathe,” he said.

All kinds of crafts will be on show at Farnham Maltings

“She has a heart problem. She needs help now.”

The operator told him that assistance was on the way and, if things got any worse, he should call back.

Just before 12.30am he called again. “I said I need help,” he added. “I need it right now.” He claimed he was told the ambulance was travelling to them but was “48 miles away”.

Eventually, his daughter fell from the passenger seat of the car on to the ground.

For a final time, he phoned for help with call timed on his phone at 1.06am. Mr Wynne said: “She was lying on the ground, she was dead at this stage. I just held my daughter in my arms.”

After that last call he said it “felt like an eternity”, but he was joined by a first responder about “five or 10 minutes” later. Then, two ambulances arrived at the scene, but it was too late.

It had been his intention to drive his daughter to hospital himself, but he decided instead to wait for an ambulance. “They have all the gear on board,” he said.

“If I had driven her and she had collapsed in the car on the way, I never would have forgiven myself. Hindsight is a great thing.”

Following her death, he has spoken with a bereavement counsellor who told him that typically response times for cardiac arrest incidents are said to be between six-eight minutes.

Ingrid had been diagnosed with Eisenmenger’s syndrome, and suffered from pulmonary hypertension (high pressure in the blood vessels of the lungs) among other symptoms.

Mr Wynne said he had not made an official complaints over the waiting time, which he described as “shocking”.

But the family does intend to raise concerns with relevant organisations he said this week.

Mr and Mrs Wynne’s daughter (above) was not married and did not have any children. “She wasn’t just my daughter,” Mr Wynne said.

“She was my buddy, my friend.”

At that time, he insists, he was still alone with his daughter.

A spokesman told The Herald: “South Central Ambulance Service is saddened to hear a patient we were called to on May 16, has died and the trust extends its sincere condolences to the patient’s family and friends.

“Having received an initial call regarding the patient at 12.12am on May 16, the symptoms being described indicated the call required an ambulance response within 30 minutes.

“A second call was received at 12.27am describing worsening symptoms, which meant the call was upgraded to a potentially life-threatening emergency requiring an ambulance response within eight minutes.

“We always offer worsening advice to 999 callers to call us back if the patient’s condition changes, and during this assessment the category of call changed as more details were available on the patient.”

The spokesman added that after the second phone call ambulances from the two nearest statations were already tied up treating other patients. The air ambulance was grounded due to poor weather conditions.

The SCAS spokesman said: “There were no other ambulance resources available within the local area.”

A paramedic arrived in a rapid response car at 12.39am, while the nearest available ambulance was sent from Queen Alexandra Hospital, in Portsmouth, as soon as the crew had handed their patient over to hospital staff. The neighbouring South East Coast Ambulance Service (SECamb) were contacted by SCAS and sent an ambulance which arrived at 1am, he said. The SCAS ambulance arrived at 1.05am.

“The patient was taken to the Royal Surrey County Hospital, in Guildford, by our colleagues from SECamb,” he said. “We would urge the patient’s family to contact our patient experience team on 0300 123 9280 so we can address directly any of their concerns.”