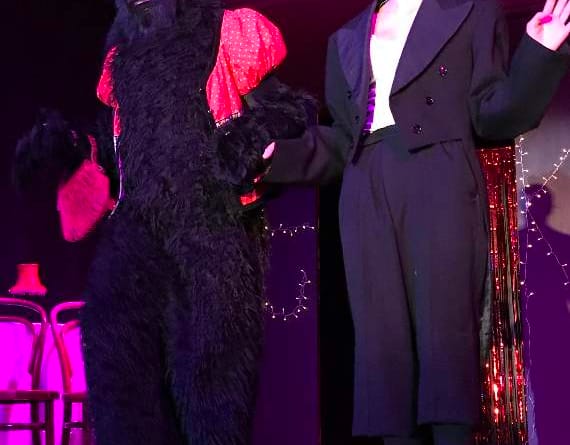 SO many people wanted to see Woolmer Hill School’s production of Cabaret, it was staged for three nights.

The setting was Berlin in 1930, in a dramatic change of direction from last year’s ‘Wizard of Oz’, and the play, directed by head of drama Ruth Ahmed, was chosen both to challenge pupils and to highlight the importance of combating intolerance.

The cast and crew, ranging from years seven to 11, more than rose to the challenge.

A special mention should go to the “formidable” Rosie Roebuck as Sally Bowles, to Alix Kelly as Emcee, Savannah Congdon as Fraulein Schneider, Dan Wilks as Cliff Bradshaw, based on the writer Christopher Isherwood, while Gabriel Lewiston (Ernst Ludwig) and Fred Jones (Herr Schultz) both successfully tackled a major role for the first time.

The musical director was Matthew Nash, and a team of pupils behind the scenes, provided stage management, lighting and sound, costume and make up.

Headteacher Clare Talbot said: “The production was very sensitively handled and thought-provoking and it provided a great opportunity for our fantastically talented pupils to showcase their talents.

“I am extremely proud of everyone who made this show so successful and very grateful to all those in the community to came to support us.”