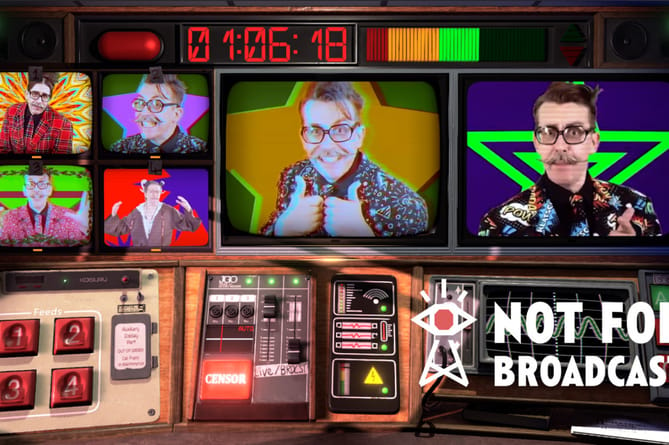 BORDON businessman Stuart Morrison has earned himself a place in the Guinness World Records book.

Farnham Charity Bike Ride returns this weekend – and it’s never too late to sign up!

His trademark dazzling suits feature in a new computer game, Not For Broadcast, which has set a new record for the most full-motion video footage in a game of almost 43 hours – more than 33 hours more than the previous record.

Stuart plays Crazy Neil in the game, produced by Knaphill digital production house Not Games, which is set in a news broadcast control room.

The player plays a news editor in charge of broadcasts. As the game evolves their choices influence the outcomes and change the course of the ending.