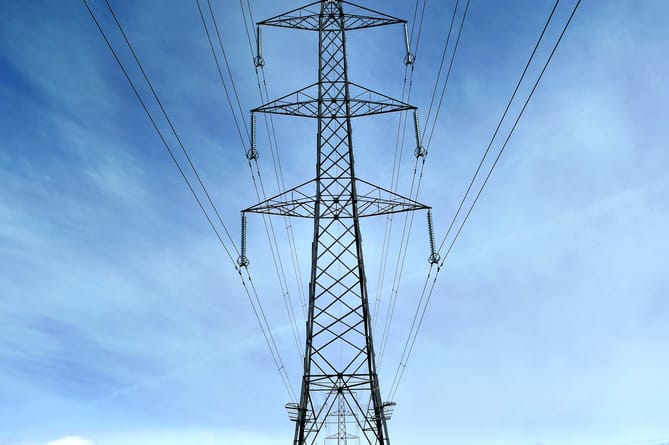 SCOTTISH and Southern Electricity Networks (SSEN) has moved to a ‘Red Alert’ in preparation for Storm Eunice moving across central southern England on Friday, February 18.

The upgrade in status reflects the potential for gale force winds to cause widespread disruption and damage to electricity infrastructure across SSEN’s southern operating area, including Surrey and Hampshire.

Named by the Met Office, who have issued an Amber warning, Storm Eunice is expected to track across central southern England from 9am on Friday morning, with wind speeds expected to build across the morning.

At the peak of the storm in early afternoon, gusts are forecast to rise to in excess of 70mph in inland areas and up to 80mph in coastal locations, before receding by evening.

Amateur meteorologists on the Waverley Weather Watchers Facebook group predict “a period of 78mph winds” can be expected locally, and have advised home-owners to remove potential flying objects from their gardens and prepare for possible power cuts in anticipation of the storm.

In advance of this severe weather, SSEN has enacted its resilience plans, and is both increasing and moving additional resources to key locations in anticipation of any potential damage, including teams from its contract partners.

It is also in contact with local resilience partners to aid preparations and co-ordinate any welfare requirements. To support customers who may need extra help, it has sent ‘warn and inform’ texts to more than 300,000 of its Priority Service Register customers in central southern England.

SSEN will continue to monitor weather forecasts and provide updates if the situation changes. If you see any damaged electrical equipment, the advice is to keep a safe distance and report it to SSEN by calling 105 or via its Power Track App, and engineers will investigate as soon as possible.

Richard Gough, director of distribution system operations at SSEN, said: “We have been monitoring Storm Eunice for a number of days, including tracking the predicted path and intensity of the storm as it reaches landfall.

“Although it is forecast to be relatively short in duration, the wind gusts associated with the weather front are significant and widespread disruption to power supplies is likely across our operating region.

“We’d like to reassure our customers that we are making every preparation for the arrival of this significant weather front and we have allocated teams of engineers to locations expected to experience the worst of the weather conditions, to ensure we are ready to respond as soon as it’s safe to do so.

“Customers on our Priority Services Register are being contacted proactively, but I’d encourage anyone with serious health concerns about potential disruption to power supplies to give our dedicated teams a call on 105, where additional support and guidance can be given to help you prepare.”

Customers are being encouraged to be prepared for the possibility of disruption to supplies by:

Customers are eligible for the Priority Services Register if they: