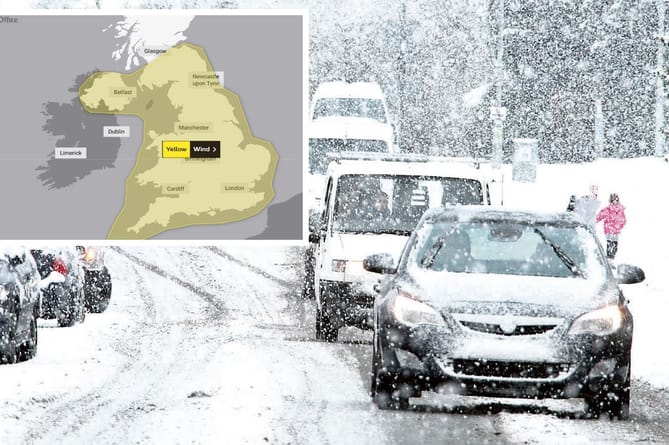 STORM Eunice is expected to bring ‘extremely strong winds’ to Surrey and Hampshire on Friday, the Met Office has warned.

A ‘yellow’ weather warning has been issued, with forecasters saying the storm may develop over south west England early on Friday, before spreading north and east during the morning.

It is not yet clear where within the warning area the strongest winds will be but gusts of 60-70 mph are possible over a reasonably large area with a small chance of a brief period of gusts reaching 80 mph even inland.

In addition to the wind, there is the potential for a period of snow and perhaps blizzard conditions, most likely over northern England, parts of Scotland, Northern Ireland and north Wales.

Coastal winds are likely to be the strongest, with the Met Office warning there is a “small chance” that injuries and danger to life could occur from large waves and beach material being thrown onto sea fronts, coastal roads and properties.

Where damaging winds occur, there is also a chance that long interruptions to power supplies and other services may occur.

And forecasters say there is a small chance that roads, bridges and railway lines could close, with long delays and cancellations to bus, train, ferry services and flights.

However, this is very dependant on the track of the weather system and most places will see heavy rain instead.