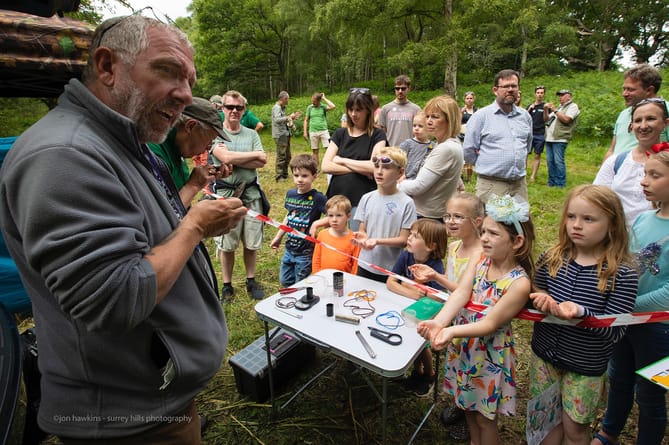 Tice’s Meadow Bird Group in Badshot Lea has scooped a national award at the Natural History Museum in London for its “outstanding contribution” to wildlife recording.

The bird group, which led the campaign to save Tice’s Meadow in Badshot Lea from housing and register the former sand quarry as a nature reserve, won the ‘group’ prize at the NBN Awards for Wildlife Recording on November 9.

Tice’s Meadow Bird Group was formally established in 2014 and carries out regular formal ecological surveys as well as casual records – with the visiting public regularly encouraged to record and report their sightings.

The group’s bird database contains more than 100,000 records, with over 21,000 sightings logged in 2021. These records are shared with the Surrey Bird Club and British Trust for Ornithology.

Heath Watch: What to look out for on our local heathland this January

Its pan-species list stands at over 1,500 species recorded at the nature reserve just east of Farnham. 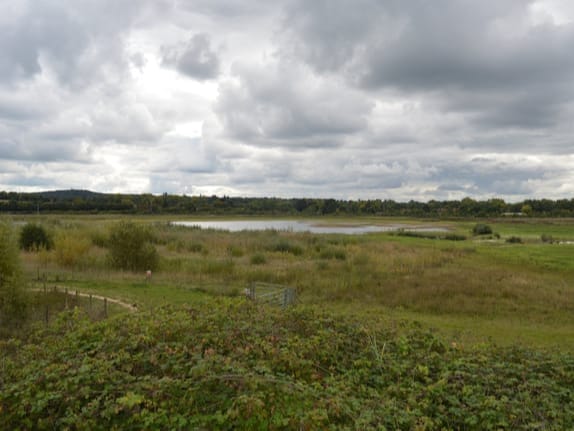 Its streaming web cameras inside kestrel and barn owl boxes are particularly popular with the general public, and are used as teaching aids in local schools.

Mark Elsoffer, representing Tice’s Meadow Bird Group, said: “Recording the wildlife found at Tice’s Meadow Nature Reserve is a passion for our volunteers – a vital task that combines the joy of being outdoors and amongst nature, with important scientific effort.

“Our volunteers conduct regular scientific surveys of the birds, moths, butterflies, dragonflies and bats on site, with all records uploaded to national schemes for analysis.

“Findings from our biodiversity surveys are reported to the Site Aftercare Management Committee, and taken into account when planning future habitat management and improvement works.

“The records have also been used in the campaign for the site’s very future, and formed a key piece of evidence that led to the six local councils combining to buy the site and save it for the local community.

“Finding new species for site is a cause for excitement, as is discovering new breeding species, and identifying positive recoveries in threatened species that have been targeted with habitat management to increase their chances.”

Lisa Chilton, chief executive officer of the NBN Trust, said: “Congratulations are wholly deserved by these amazing wildlife recorders who are advancing our knowledge of the UK’s biodiversity – as well as inspiring others to take up the monitoring of wildlife.

“Recording which plants, animals and fungi exist in different locations and habitats is the foundation of wildlife conservation – without this information we can’t tell if our collective efforts to save and restore nature are working or not. Today’s award-winning wildlife recorders – many of them volunteers – are all going ‘above and beyond’ to help nature!”