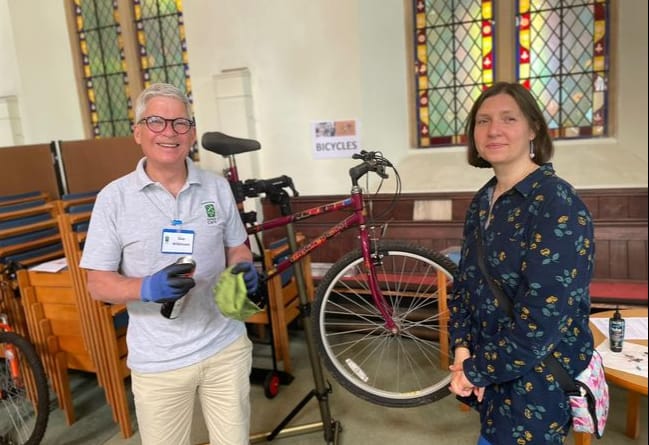 Masha arrived with her family from war-torn Kharkiv, via two months in Bulgaria, in May.

She was gifted a bicycle and also access to a studio in Rowledge as a result of collaboration between the Rotary clubs of Farnham and the Farnham Society who recently organised a recycling exhibition.

However, the bike needed some loving attention to make it roadworthy.

Vic’s Music Matters: All the best live music locally from June 30 to July 6

The Shed in Bordon celebrates first birthday with big party

FRC bike repairers were able to help, and Masha is now able to cycle to the studio in Rowledge to do her painting.

FRC has now organised more than 70 sessions with over 3,600 visitors and 1,575 repairs completed, resulting in more than four tonnes of waste savings and over 40 tonnes of carbon emission savings, since it was launched in 2014 and became a charity in 2017.

The mayor of Waverley, Councillor John Ward, also attended last Saturday’s session and turned his hand to a bit of bicycle repair.

FRC takes place on the second Saturday of the month at The Spire Church, between 10am and 1pm.