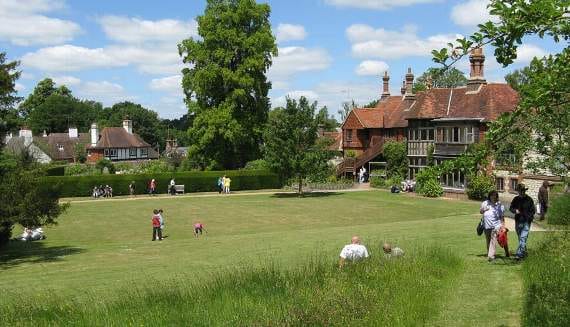 Gilbert White’s House was due to celebrate a year-long programme of events celebrating the 300th anniversary of Gilbert White’s birth, with the climax being a large event on July 18, the day Gilbert White was born.

However, because of Covid-19 the event was cancelled so and will be celebrated instead on July 18, 2021 to mark Gilbert White’s 301st birthday.

The museum based in Selborne, where Gilbert White lived and immortalised through his writing, has decided to mark the 300th birthday with an online celebration.

“We wanted to mark the day, in way that everyone could join in with and really celebrate the legacy Gilbert White has,” said Kimberley James, the festival’s organiser. “This way people all around the world can join us at a time when the numbers allowed to visit Selborne are so limited.”

The festival will be hosted on the museum’s YouTube channel, and will be headlined by broadcaster Monty Halls, who plans to release a book later in the year on the links between White and Darwin.

The festival will also feature Laurence Rose, naturalist, author and director of the RSPB’s Back from the Brink Project, speaking on Gilbert White’s legacy on nature writers, Mike Pratt, CEO of the Northumberland Wildlife Trust, Stephanie West from the Natural History Museum on her research tracking Gilbert White through London, Tim Sparks from the Woodland Trust and Nature’s Calendar.

In addition, it will include Louise Horton, talking about her research into Gilbert’s niece Molly White and David Standing who was gardener at the museum for 37 years and who has been researching Gilbert White for most of his life.

The festival will also feature tours of the house and garden, messages from friends of the museum and lovers of Gilbert White, art projects based on Gilbert White and a look at the moths found in Selborne.

It will begin at 9am on Saturday, July 18, and run into the evening with content going live throughout the day. This is the perfect days entertainment for anyone with an interest in the natural world.

The videos will première on the museum’s YouTube page, and will be broadcast through its social media too. All videos will available for at least a week so people can catch up.

There will be opportunities to join in zoom or Twitter Q&As after talks have aired, the links to these zooms will be emailed to participants who are joined up the museum’s mailing list.

Participants will be able to follow the action online by following the hashtag #GW300Online.

The event is free, but supporters will be able to donate to the museum, which has been hit hard by the effects of Covid-19 and will asking for donations through the birthday event.

Kimberley James added: “Although we have been lucky to receive grants to ensure the museum could put on this festival, and get to the point where we could open our grounds.

“We are not out of the woods by any means, we have lost hundreds of thousands in vital funds, and will not get through to Gilbert White’s 301st birthday or even through the winter months without help.”

The museum will set up a birthday fund raising target for viewers to donate to.

Kimberley continued: “We hope anyone watching will donate £10 roughly the cost of a ticket to see the house and grounds.”

The museum’s grounds will be open on July 18 – but not the house, which is still awaiting a date for its reopening.

Anyone visiting Selborne on the day, will have the opportunity to buy Gilbert White 300 souvenirs and taste beer made from Gilbert White’s brewhouse.