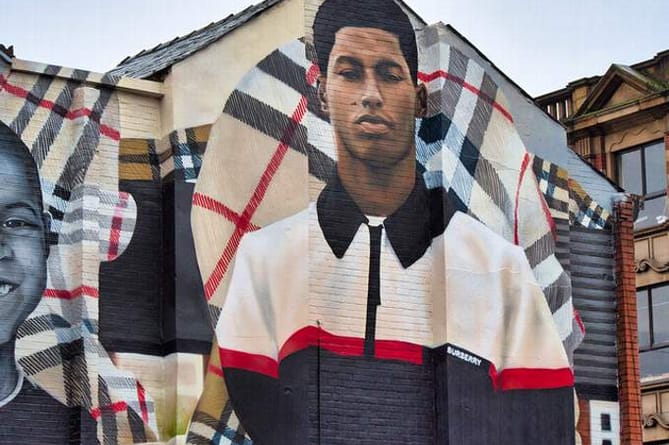 Manchester United and England footballer Marcus Rashford was awarded the MBE last year in recognition of the work he has done campaigning in the fight against child poverty in the UK (Photo: David Dixon)

MORE than £500,000 will be spent on half-term food vouchers for vulnerable schoolchildren in Hampshire.

Hampshire County Council has been given £7.1 million by the government to support families in need over the winter.

At a decision day earlier this week, the council’s executive lead member for children’s services, Cllr Roz Chadd, committed £591,810 to schools, colleges and early years education – allowing for one £15 voucher per child for the October half-term.

Cllr Chadd said: "I am pleased that we are once again able to help vulnerable and low-income families during the school holidays.

"Our aim is to help ensure children and young people do not go without basic necessities, and have the support they need to remain nourished and well throughout the colder months.

‘We will be working at pace to provide schools, colleges, and early years education providers with their share of this funding, so that they can purchase and provide one £15 voucher per child ahead of the October half term holiday next week."

The £7.1m total funding came from the government’s Covid Household Support Fund, via the Department for Work and Pensions.

This cash is also intended to support the households in the most need with food, energy and water bills during the autumn and winter.

The county council also intervened in October half-term last year after the government controversially announced it would not be continuing its food voucher holiday scheme.

Over the summer holidays, a further £335,990 was given out to holiday camps for children who receive free school meals, through funding from the Department for Education.

The scheme will be organised through the Connect4Communities programme, which is led by Hampshire County Council in partnership with schools, colleges and voluntary organisations.

Families and individuals will get their vouchers directly from their school, college or early years provider.

Plans to spend the remaining money will be discussed at a future meeting.