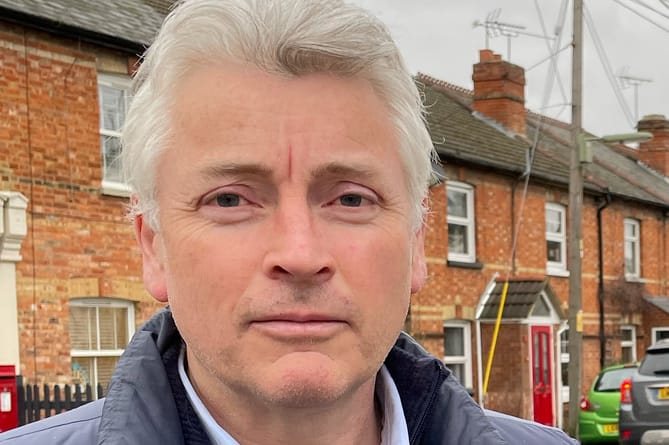 THE “MALIGN threat” of inflation has been blamed for Waverley households having to pay an extra £92 in council tax from April.

A full meeting of Waverley Borough Council last night (February 22), councillors approved the £5 council tax increase (2.6 per cent) for the borough’s portion, following a trend of boroughs and districts raising it by the maximum amount allowed by government.

Liberal Democrat council leader Paul Follows said: “This rise allows us to balance the budget over the coming year while maintaining our service provision to residents.”

Opposition on the council said at last night’s meeting it was “sceptical” about savings expected from sharing senior management with Guildford Borough Council.

Leader of the principal opposition group Stephen Mulliner said he was not “remotely impressed” by the collaboration procedure, which he though had been done “in haste”, and he said some of the expected resulting savings were “completely aspirational”.

He alluded to potential “divorce proceedings” should the Conservatives take power at the next election.

He said: “The total saving was put at £1.4million, that’s shared between the two councils. That amounts to less than two per cent of combined annual expenditure.

“It’s a trivial amount of money to be seeking to save.

“I wish all those involved the best of luck but we are extremely dubious.

“And if by the time of the next elections, there is no sign that this project does have legs, then please do not be surprised if should we be in control of the council after that, we will take a very long hard look at whether we think this should continue.”

Councillor Mark Merryweather, portfolio holder for finance, assets and commercial services, responded: “I don’t think it is paltry. The number did come from the advisors and we will be working jolly hard to achieve it.

“I think East Hants, even though they are divorcing, were very proud of the financial savings they managed to accomplish while they were joined up.”

Waverley council has forecast the collaboration will save them £150,000 in the coming year.

Inflation, now seen as the biggest threat to finances, is expected to add around £960,000 to the cost of providing services.

The council tax hike will add just £282,000 to the coffers, and Conservative councillor Peter Martin (Con, Godalming Holloway) said increased car parking charges would have a greater impact on residents.

Waverley council expects to pay £13.66m on providing services day-to-day and will raise £11.17m of this through council tax.

At £4.8m, car parking income is the second most important contributor to the budget, said Cllr Martin, though “well below the pre-Covid level of £5.5m”.

He said: “The full impact of those increased parking charges is some £730,000, which represents an 18 per cent increase for Waverley residents who use those car parks, not exactly I might say in line with inflation.”

The pressure has also been eased by an “additional one-off, and unexpected, increase in New Homes Bonus” of over £600,000, said Cllr Merryweather.

This is central government funding for councils that allow new homes to be built in their area.

However Cllr Merryweather said the government’s approach to financing councils was “fragmented and piecemeal” and it needs to deliver a long-term settlement.

Long-term, he said, central government funding would fall to “almost nothing” by 2025/26.

A £6m revenue support grant received from the centre in 2010 has already since reduced to zero, and the borough only keeps five pence of every £1 collected in business rates.

He said: “Just as the income we lost due to Covid starts to recover, we now find ourselves facing instead the malign threat of inflation.

“Moreover, there’s profound uncertainty as to the severity and duration of the inflation risk we face, evidenced not least by the Bank of England now forecasting inflation to reach over seven per cent by spring 2022, and not to return to its two per cent target until at least two years time.”

The unused half of a £2m safety net pot of money set aside for Covid last year is being kept and repurposed as an inflation reserve.

Councillors recognised that rising inflation, household bills, and the removal of the £20 Universal Credit uplift are all expected to have a significant impact on low income households and agreed to add an extra £50,000 to the council’s discretionary council tax hardship fund for the coming year, and to continue the existing council tax support scheme at the current level.

Charges for burials and Careline will stay the same, while the annual cost of Waverley garden waste collections is going up £2 to £72.

The council has an estimated £12.8m in reserves.