Joy and relief as burner campaign ends in success 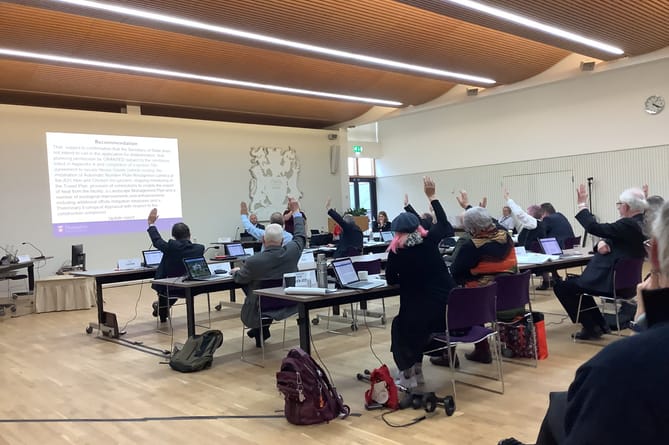 EAST Hampshire District Council chairman Cllr Adam Carew has expressed his joy that Veolia’s “hideous carbuncle” of an incinerator on the A31 near Alton was rejected by Hampshire County Council’s regulatory committee.

The committee overturned its officers’ recommendation after receiving more than 5,500 objections.

Cllr Carew said: “It would not only have been an issue for public health but also a hideous carbuncle in our rural Wey Valley landscape.

“Thanks to all those on the committee for listening to our concerns, thanks to all residents who have written in unprecedented numbers to object, and thanks also to East Hampshire District Council for their very strong objection.”

He also praised the ten county councillors who spoke against it – including Alton’s Mark Kemp-Gee and Andrew Joy, Petersfield’s Robert Mocatta and Winchester’s Martin Tod – and the county council’s landscape department for its objection.

Cllr Carew added: “We had some fantastic deputations. Everyone spoke well, some spectacularly.

“Mark Kemp-Gee and I have joined forces many times before to fight battles for our local community but I have never seen anything like this in 20 years in politics. The euphoria, disbelief and utter relief in the room was tangible, and met with a massive cheer and I suspect even tears.

“Most of all we need to say a massive thank you to local residents who set up and ran the No Wey Incinerator group.

“Your organisation, media awareness and public pressure have been exemplary over the tortuous two-year long process of this application.”

Cllr Carew warned Veolia might appeal, but said: “I am hopeful Mr Gove, as secretary of state, will not wish to overturn Hampshire County Council’s regulatory committee’s monumental decision.”