Let the positivity continue in 2022 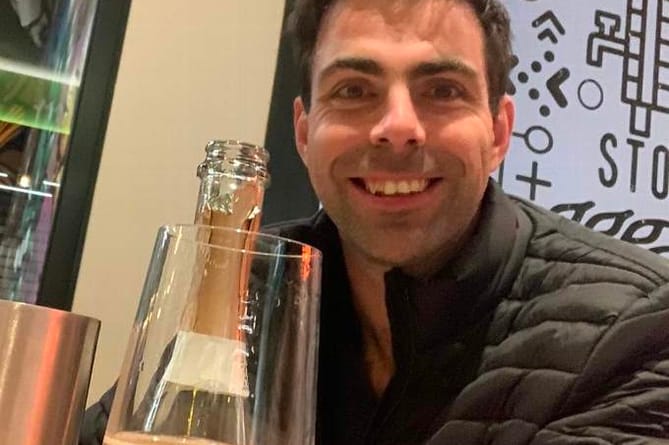 Cheers! Cllr Andy Tree toasts the new year in The Tap at The Shed ()

The greatest challenge at town council level is how to try to make positive differences for Whitehill & Bordon residents while not charging too much council tax to do it.

We are able to freeze our share of council tax for 2022-23 while implementing the strategic plan on our website, including our financial grants to valuable local organisations that benefit residents, financially supporting Forest Community Centre youth projects and buying Bordon’s first proper Christmas lights.

Covid remains a worry, but the vaccine has broken the link between deaths and infections and free test kits have provided reassurance, especially when visiting elderly and clinically-vulnerable people. We are fortunate that Forest Surgery in Bordon offers vaccines.

Chiddingfold GP: We must tell the politicians destroying our NHS 'enough is enough'

I am proud to live here when I see how much we are willing to help each other. I see regular posts on social media asking for help or advice, with many kind offers of assistance that follow. I speak regularly to the police about vandalism and anti-social behaviour, but the positive thoughtfulness of our community far outweighs the negatives.

Despite still being a fair way off the fully functional town centre, 2021 was a year of developments and positive announcements: The Shed opened, Morrisons announced it would be coming, funding was announced for health provision and public transport schemes such as VOCA are under discussion. Oakmoor School retained its ‘good’ status in an Ofsted inspection and as a parent of a child at the school this was very positive and

In addition to vowing to protect the Bordon Inclosure and the Deadwater Valley Nature Reserve, we have set up a climate awareness sub-committee of town councillors and residents that will meet for the first time shortly.

I want to thank all my fellow town councillors and our town council staff for their support and contribution.

In 2022 we will celebrate the Queen’s Platinum Jubilee. The town council is working with the Whitehill & Bordon Town Partnership and plans to work with other local organisations as well to mark this occasion.

I remain committed to representing our community, working with third party decision-makers to achieve results but never shying away from fiercely standing up for you when required. Best wishes to all residents for 2022!