Meadow: You must get it right 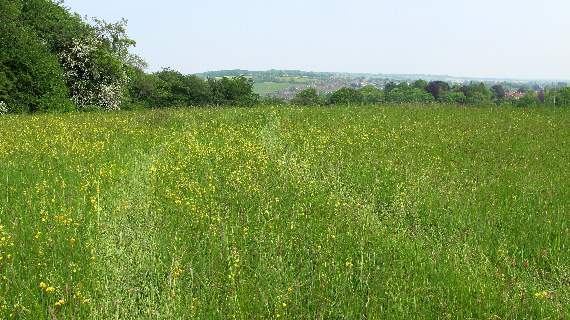 THE would-be developers of 65 acres of land on the former Lord Mayor Treloar Hospital site in Alton came under increased pressure last week from people in the community determined that they should “get it right”.

Representatives of Crest Nicholson and Homes England present at the meeting of Alton Town Council’s planning and transportation committee heard strong representations from the public in response to the reserved matters application to cement development of the site.

They expressed concerns over environmental impact, street layout and narrow roads that could throw up problems for emergency access, poor positioning of blocks of flats too close to existing properties on neighbouring Treloar Heights, scale of development, and insisting that the preservation of ecologically sensitive meadowland, proposed as a ‘country park’, that had been gifted to the people of Alton by Lord Mayor Treloar should remain untouched.

Speaking at the meeting on behalf of the Preserve Treloar Meadow Campaign, Steve Hunt expressed alarm at the proposal to build over much of the two Sites of Importance for Nature Conservation and urged Crest Nicholson to relocate the housing to avoid these sites.

In addition Mr Hunt, together with fellow campaigner Ginny Boxall, was direct in his criticism of the developer’s own environmental impact assessment carried out on the meadowland, which they viewed as “woefully inadequate”.

Mr Hunt said: “It probably does just about fit into a legal definition (of an environmental impact assessment) but in practice it relies heavily on old data with little new surveying.”

Mrs Boxall expressed deep disappointment over the developers’ decision to mow the meadow and to then carry out “the most cursory walkover survey”, adding: “It is estimated that the loss of grassland of some 40 per cent will lead to a loss of some 50 per cent of the current reptile habitat (including adders) - a high price to pay for housing of the kind predominantly not needed in this area.”

She also flagged up concerns over the known presence of invasive Japanese knotweed on the site and that the developer had failed to implement an adequate 100m wildlife corridor between the meadows and the adjoining ancient woodland.

While Preserve Treloar Meadow Campaign has been granted permission to engage Surrey Wildlife Trust to carry out an independent environmental impact assessment, this cannot happen until next spring and, she fears, “may be too late for adequate mitigation and protection for the wildlife and plants on site”.

Environmentalist Dr June Chatfield suggested that many of these concerns should have been addressed before the reserve matters stage. In pointing out that at 20 acres the meadowland was “too small” to be a country park - the average is around 1,235 acres - and that it will require “specialist wildlife management”, she believes the planners are getting things the wrong way round, by looking at the human side of the development first rather than considering the geology and ecology.

She said: “The more I get involved in these large applications the more I am aware of the need for planning reform as the reserved matters stage is too late for successful handling of environmental factors.”

Speaking on behalf of the Alton Society, Edward Hepper agreed that “the whole notion of a county park should be dropped and the meadows left alone”, with absolutely no parking or organised play area on site.

Apart from the fact that any play equipment on this part of the site would be “at serious risk of vandalism” it would, he said, be totally inappropriate from a safety point of view, to be so far removed from the residential areas.

These views appeared unanimously supported by councillors. While the concept of dividing the development into six distinct character areas also gained favour, the proposed road layout did not, with concern, expressed by councillor Pam Jones, that emergency access provision would be inadequate, with some more isolated parts of the site proving difficult to get to.

She expressed concerns too over water pressure, surface drainage, and improvements to traffic flow from Chawton Park Road onto Whitedown Lane.

Alton Town Council supported these concerns, registering objection also to the “blandness” of housing design; seeking the removal of close board boundary fencing, preferring natural hedgerows to provide delineation and security; and expressing concern over the use of garages to satisfy the parking quota when these could be converted to residential use.

Alton Town Council noted that while the spine road is to be adopted by Hampshire County Council, all other roads will become the responsibility of a management company. It also flagged up the need for pedestrian access onto Whitedown Lane as well as Chawton Park Road.

After the meeting, ward councillor Graham Hill said: “This is a complex and very sensitive site so it is imperative to get it right. Many valid and relevant objections have been raised and I will make sure that at key meetings with the case officer these objections are considered in detail.”