Meet the masterchefs in the making 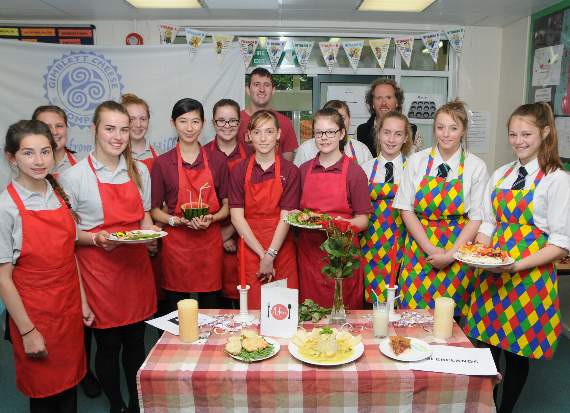 Competing were 12 students from Rodborough, Broadwater and Glebelands, who had already won the first rounds at their respective schools.

Guest judges Francis Gimblett, from Gimblett Cheese, and Ben Govier, from Dylan’s Milk Bar, in Haslemere, were presented with six competing menus inspired by the Rio Olympic Games and judged them on presentation, organisation and technical ability.

The six teams were given two hours to create their three-course meals.

Rob set to produce big laughs at the Farnham Maltings

Frensham Great Pond is ‘not yours’, hit back Londoners after litter row

The trophy was won by Nel and Honor from Rodborough with the Glebelands teams picking up second and third place.

Mr Govier said: “I spent an enjoyable morning being continually impressed by the standard of the cooking by the finalists, including some exceptional stand-out dishes. It was a very tough decision, and led to a fair bit of deliberation to choose a winner.”

Rodborough headteacher Matthew Armstrong-Harris said: “This annual competition is a firm favourite of students. The in-school rounds generate a lot of enthusiasm and the two teams selected for the final produced not only a fantastic menu, but were able to present it with style too.

“My congratulations go to all 12 participants and to Nel and Honor on becoming this year’s champions.”