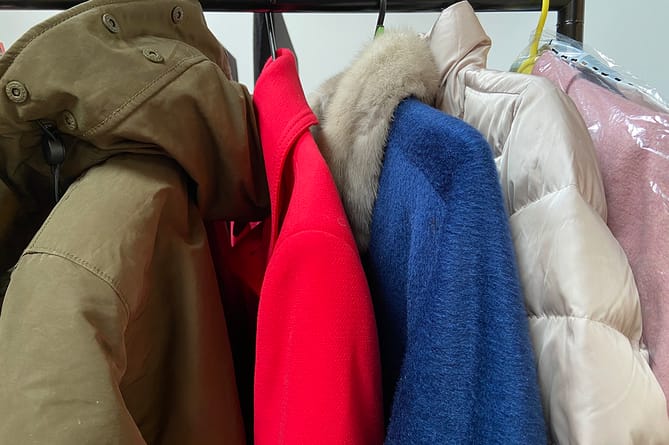 A heart and body-warming pile of 850 warm, good-quality coats and jumpers were donated for those struggling to keep warm this winter at the Farnham Maltings last month.

This year’s Wrap Up Farnham appeal has been hailed a great success after 230 people generously donated winter clothes, to be passed on to partner organisations working with individuals and families in need.

The Maltings’ initiative, first launched last year, was reignited in response to the cost-of-living crisis – and the Maltings team has said a ‘huge thank you’ to all those who donated, volunteered and partnered with them.

“I was particularly moved by the people who came in and donated items they didn’t really want to part with as they belonged to a family member they had recently lost,” said Annette, who volunteered.

Tory candidate suspended on eve of by-election after ‘golliwog’ post

Haslemere Christmas Windows competition is back for 2022!

From pubs to pet shops, these five businesses for sale cost £100k or less

She wanted to help after volunteering with the food bank and “hearing stories from some rough sleepers in the area about how cold it can get in the winter and I wanted to do something to help”.

Families and asylum seekers supported by Hart food bank and the Community Grub Hub have received items, and homeless, socially-excluded and vulnerable adults in poverty supported by Transform, The Hope Hub and The Society of St James.

Home-Start Waverley said: “Being able to provide coats to our families is one less pressure they have to face this winter.”

The Hope Hub and Hart food bank both have clients choosing “between eating and heating”, while demand for clothing is increasing. The donations “make those choices a little easier”, and are “such a relief and help”, said a spokesman. 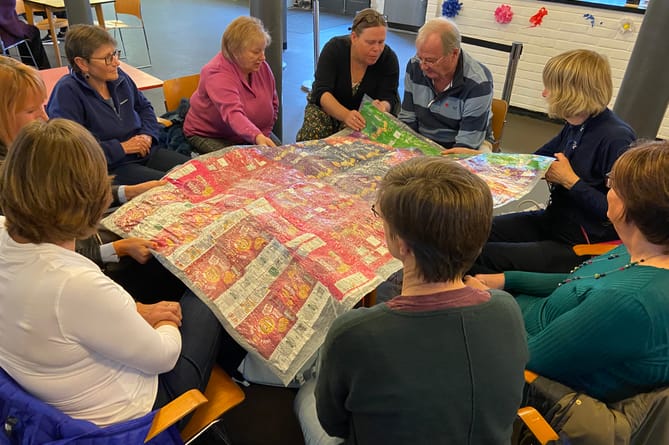 A year ago, the Maltings asked for empty crisp packets, partnering up with Hale Community Centre, Crisp Packet Project CIC, Waitrose and Bake Natter and Roll Farnham WI, to make warm blankets from recycled packets for those who are homeless.

The makers enjoyed hearing about who the items would go to, and Simon delighted in learning about the process including how they “split, washed and even hung out to dry crisp packets on their washing lines much to the amusements of their families and neighbours”.

The WI members then ironed the edges of the crisp packets so they would “melt” together, and plastic from Waitrose that would initially have been used in shrink-wrapped goods received in the shop, would be placed in front and behind the blanket and then ironed on both sides.

This ensures the blankets are water-proof and voila, a survival blanket has been created. For more information on the project, read the Maltings’ initial crisp callout.

Both these initiatives form part of the Maltings’ commitment to its local community, contributing to quality of life and being responsive to need.

Wrap Up Farnham is part of the Wrap Up family run by HandsOn London.