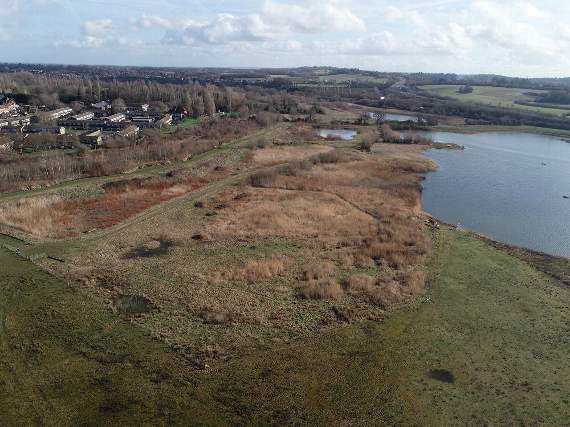 It comes after the Herald reported the news on May 30, after concerns were raised during the most recent Farnham Town Council meeting.

A spokesman for the bird group said the news came as a “shock”, “especially as 2018 was a momentous year” for the site and volunteers, having won an international conservation award, completed 5,000 volunteer hours and raised £40,000 which will be “reinvested” at the site.

They added: “As the nature reserve has yet to enter the official 20-year after-care period, as mandated in the planning conditions for the original Farnham Quarry, we have been assured by Surrey County Council that any new owner would have to continue to manage the site as a nature reserve with public access for 20 years once the after-care period commences.

“We hope to work closely with Hanson, Surrey County Council, Farnham Town Council, the Badshot Lea Community Association & the Blackwater Valley Countryside Partnership to ensure a smooth transition to new ownership and to continue to provide a haven for wildlife and a much-loved asset for the local community.”

Although the site has a limited 20-year protection, the group said everything it does to build up the nature reserve will make it “much harder” for it to be developed for housing, for example.

The group will continue with work as usual during the sale process, which is being marketed by Bidwells.

Paul Williams, head of land and mineral resources at Hanson UK, said they are “proud of the restoration of Tice’s Meadow”, but as a “minerals business” has “always been clear” they are “not equipped, nor was it our intention, to retain long-term ownership of the site”.

He added: “Now is the right time for us to pass the baton on to a new custodian.”