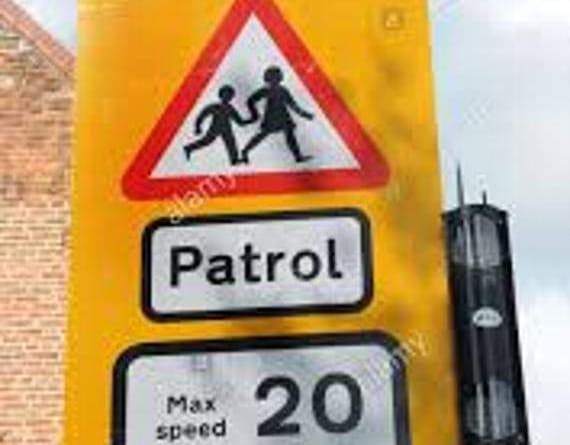 The petition, initiated by Lib Dem campaigners Stewart Edge and Jo Aylwin, called on Surrey County Council to “make the roads around Potters Gate Primary School - Beavers Road, Potters Gate and part of Falkner Road - significantly safer by introducing a 20 mph limit and by installing any other behaviour-changing improvements on these roads”.

It continued: “During the morning rush hour cars use Beavers Road / Falkner Road as a ‘rat run’ to avoid the jams in lower Crondall Lane approaching the West St junction, and as a short cut to the Hart car park.

“Along Beavers Road there are parked cars reducing the road to a single carriageway. Many children, including all those on the ‘safe route’ using the Crondall Lane pedestrian lights, have to cross this road, often between parked cars.

“The situation will worsen with the development of 120 houses at the Hopfields for which Crondall Lane is the only exit..”

In response, councillors approved a new lower 20 mph zone along the whole extent of Beavers Road, Falkner Road and Potters Gate, supported through the implementation of traffic calming or two vehicle activated signs on Falkner Road or Beavers Road.

The proposals will be funded by ‘Section 106’ contributions from the developer of the nearby ‘Hopfields’ housing development, Taylor Wimpey.

The new speed limit and traffic calming orders will now be advertised, and Surrey’s Safer Travel Team will also work with the school to update and monitor its existing school travel plan.

In a report recommending councillors approve the measures, Surrey’s lead officer Duncan Knox wrote: “The proposed lower 20 mph zone or limit would help improve the road environment to encourage more walking, cycling and scooting to school. The proposals would therefore also help reduce congestion and driver frustration, and contribute to improved air quality near the school.”

Farnham Central county councillor Andy MacLeod said he was delighted with the recommendation but asked if one of the two vehicle activated signs could be in Beaver Road, where he said there had been two serious accidents.

Farnham Bourne county councillor Carole Cockburn backed this request, which was also approved, saying: “There things are happening in this area and we want to future proof everything we do.”

Following the meeting, petitioners Mrs Aylwin and Mr Edge both expressed their “delight” at the committee’s decision, with Mr Edge adding the petition had “forced the councils to assess the case for doing something” - which including reporting that there had been two injury-to-children accidents on Beavers Road in recent years.

“I think we asked the right question at the right time – when money could be made available,” he said. “Surrey County Council have been very reluctant to put 20 mph limits around schools, but the petition, supported by the school and all local councillors in the Waverley area meeting, created sufficient pressure to act.”

The petitioners also called for improvements to the West St/Crondall Lane junction, and expressed disappointment after it was reported at the meeting that these will likely be limited to ‘pedestrian improvements’ only.