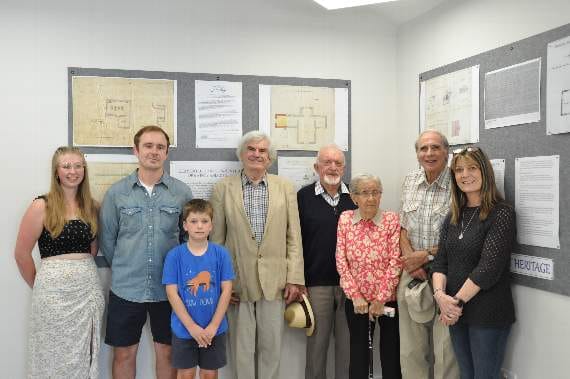 GRAYSHOTT Parish Council has relocated to a new home, and has assigned two permanent display boards for Grayshott Heritage.

The parish council office move, to its new home in the sports field pavilion, resulted in space becoming available for the boards.

Katie Weir, clerk and executive officer for Grayshott Parish Council, said: “The parish council was pleased to be able to purchase the display boards for Grayshott Heritage’s use and to provide a grant to cover the cost of a series of displays during the year. It provides an opportunity for residents to view changing topics of local history."

Mayflower’s The Lion King is a roaring success!

Hogs Back: Pedestrian dies after collision with HGV on A31 Farnham Road

The I’Anson family settled in Grayshott in 1863 and became major benefactors to the village. Edward’s daughter Catherine was lead in the creation of the school, which opened in September 1871 and next term will be celebrating its 150th anniversary.

Richard Peskett, chairman of Grayshott Heritage, said: “The new display boards gave the opportunity to display copies of these drawings along with other material relating to the early years of the school – my late father attended the school from 1916 to 1925.”