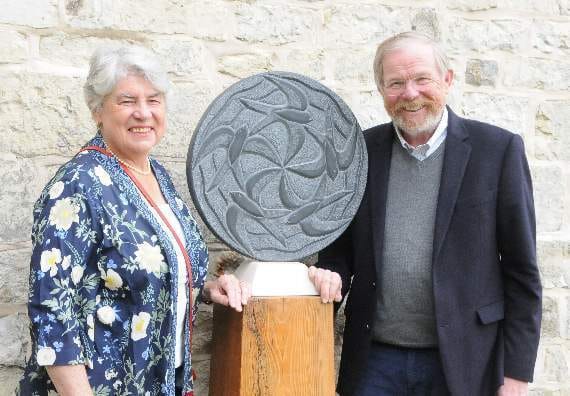 WHEN Rosemary Irwin needs to raise money for Gilbert White’s House she goes walking - not just down the road but to Oxford and back.

And thanks to her energy and generous sponsors, Dr Irwin raised more than £30,000 for a new look for the catering aspect at Gilbert White’s Museum, in Selborne, which now has a marvellous restaurant created out of the old stables.

It is light and airy and, in the main area, the large windows open onto a patio which has seating outside and a view of the famous Hangers. There are also cosy smaller rooms ideal for a party or dining for two, and with its old brick walks and cobbled floor it has a distinctive Georgian charm.

The restaurant can be accessed via the new arched access to the house from the High Street or from a new walk running from the wooded car park behind The Selborne Arms, and takes in the views across the garden and hill.

It is Dr Rosemary’s biggest project working with the Trustees, of which she was chairman for ten years. During that time there have been other significant changes that have brought a 21st century touch to the charming house where Gilbert White (1720-1793) lived for most of his life and which is now shared with the Oates Museum.

Dr Rosemary, a modest woman who doesn’t like to talk about herself, was born and brought up in Berkshire and was for many years a teacher. She taught at Marlborough School when Kate, now Duchess of Cambridge, and Prince Andrew’s daughter Eugani were pupils and she describes them both as “very nice girls.”

She came to Hampshire after she married her first husband, a naval man, and they lived near Portsmouth. Her second husband was also in the navy, although now retired, and she has two sons.

It was in 1987 she and her husband bought a house in one of the prettiest streets in Selborne and they both loved the village “And the fact it prides itself on being a dark village and we don’t have street lights.”

Having been a governor at the schools she taught in, including Wellington College, which gave her the experience of handling meetings and organising projects, she came with a wealth of experience when she became a volunteer at Gilbert White’s House and began helping with the re-organisation of both it and the Oates Musuem.