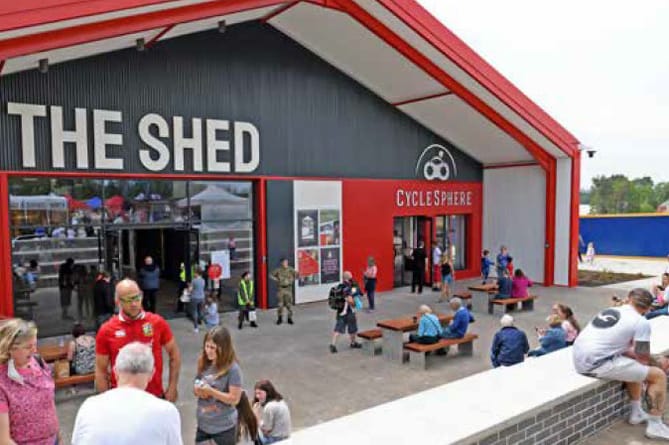 HUNDREDS of complaints from Whitehill & Bordon residents have forced a partial U-turn over proposed new parking charges at The Shed.

The Whitehill & Bordon Regeneration Company, keen to encourage evening visitors, announced on Tuesday that the Parade Square car park would be free from 6pm until midnight from February 11.

However, it cut free daytime parking – currently two hours – to just 20 minutes, sparking an avalanche of protests and predictions on the Whitehill & Bordon Community Board Facebook page that it would cause the demise of The Shed.

Within 24 hours it began to backtrack, saying the first hour before 6pm would be free, with a £1 per hour charge after that up to a maximum of £8 per day.

Whitehill Town Council leader Cllr Andy Tree said on Wednesday: “Neither myself nor the town council were consulted about this change, nor were we told about it in advance of the announcement.

“I was very disappointed and have been in contact with the Whitehill & Bordon Regeneration Company since yesterday to get them to reconsider.

“This cannot be good for the public or vendors and we need free parking to more strongly compete with Alton and Farnham and make the development of the new town centre a success.”

Speaking about the partial U-turn, he added: “This is a step in the right direction and I welcome them listening to me and the public, but remain disappointed that the two hours free parking that was promised for many years has been reduced in this way. I would hope more positive dialogue would continue in the future.”

The Whitehill & Bordon Regeneration Company attributed the partial U-turn to “feedback from local retailers and stakeholders”.

It said: “Feedback from the community, and particularly local town centre retailers, has made it clear the proposal to offer the first 20 minutes free is insufficient.”

The company said the reasons for charges included a duty to encourage walking and cycling around the town, ensuring Parade Square was not used as a free long-term car park by people not using the town centre, and raising money to maintain the town.

Despite offering six hours of free evening parking, it also said it did not want to make it “too convenient” to drive into town and to The Shed, to discourage “unacceptable” drink-driving.

James Child, project lead at the Whitehill & Bordon Regeneration Group, said: “Following the proposed tariff changes announced earlier in the week, we have been in conversation with a number of the town’s stakeholders, from residents to retailers.

“It’s been made very apparent to us that while the proposed 20 minutes’ free parking does bring Prince Philip Park in line with surrounding towns, there is too great a chance that it will hamper people’s ability to enjoy the town centre.

“More than anyone, the vendors at The Shed have spoken up and voiced their concerns and we hope this alteration to the proposed plans will better suit the needs of the town. With an hour’s free parking, Prince Philip Park now offers the most competitive parking in the area.”