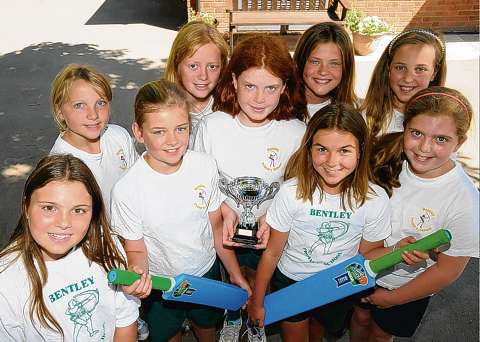 BENTLEY Primary School is celebrating what it has described as "a phenomenally successful cricket season".

West Street closure: How long will it last, where is the road closed and why?

The girls' under-11 team won the local tournament to qualify for the Hampshire finals where they played five matches, winning all of them. The semi-finals and final were won by one run. They now go into the Regional Finals, where they will be competing against teams from 14 counties. The boys' under-11 team won the Alton tournament to qualify for the Hampshire finals. Despite being on a residential visit at Calshot, the boys came away to play and reached the semi-finals – just losing out to St Mary's, Basingstoke, in a close fought match.

The same team has currently reached the quarter-finals of the Schools Softball competition.

The under-10s team won several matches to qualify for the Hampshire finals at Burridge Cricket Club where they reached the final but just lost out to Lymington Junior. Being a finalist meant they qualified for the regional county finals at Taunton.