Future of The Queens still uncertain 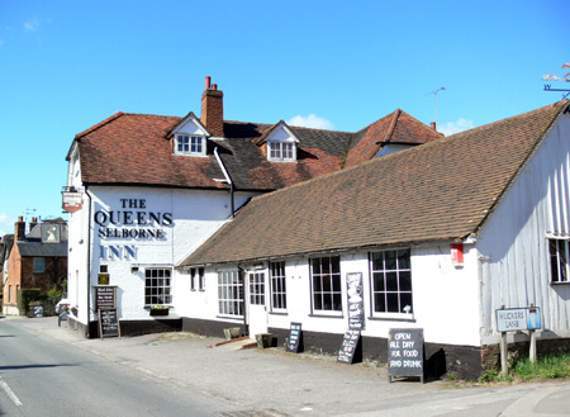 A CONTROVERSIAL application that could seal the fate of The Queens Hotel in Selborne as the site for a five-home development has been put on hold.

It is to give the public time to examine an independent report into the pub’s viability.

East Hampshire District Council’s (EHDC) planning team commissioned Vale Williams to look into how the pub was marketed and whether it could be run as a viable business.

The report has now been made public and the application, which was due to go before East Hampshire planners today, has been deferred until Thursday, January 31.

The news should come as a relief to local campaigners who were seeking a delay but, according to EHDC, for a somewhat different reason.

Closed since 2015, the former 16th-century coaching inn is one of Selborne’s landmark buildings which, despite thwarted attempts by local residents to register it as an Asset of Community Value (ACV), now stands derelict.

ACV status was briefly held until it was withdrawn by East Hampshire District Council in May last year, a move that is currently being challenged by the Save The Queens Community Interest Group (CIG).

According to CIG chair Caroline Rye, the matter is now in the hands of the Local Government Ombudsman department which is “in the early stages of an enquiry into a complaint made against EHDC in relation to its administration of the ACV processes and the much-loved Selborne pub, The Queens. “

Mrs Rye points out “thus far the ombudsman has found the council is at fault”, but needs more time to complete a full enquiry.

On this basis the campaigning group had, by coincidence it seems, asked for a delay pending the completion of investigations.

Mrs Rye points out: “The history of ACV applications for the pub forms an important element of the current planning application and has been used by the owner to suggest there is little community interest in the pub. There is, in fact, strong support within the village and beyond for the retention of this historic Inn which provides the only visitor accommodation in this popular tourist destination.”

Registered with the South Downs National Park Authority, the application, by Derek Warwick Developments, has attracted strong opposition, including objection raised by Selborne Parish Council against conversion of The Queens to residential use, and the 100-plus supporters of Save the Queens which, says Mrs Rye, “has provided plenty of evidence to the planning authority to prove the owner has contravened SDNP planning policy.”

She added: “While the planners admit the pub has not been marketed properly, the case officer is recommending the development be approved. Yet, two offers have been made for the pub over the past few months in line with independent valuations and a group of residents have shown they are willing to fund the restoration of the pub.”