'Influx of care homes are pushing us to the brink', say Grayshott GPs 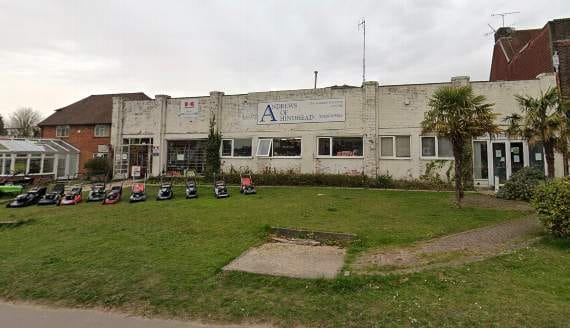 Family-run Andrew's of Hindhead has been in business since 1921

A DOCTOR’S surgery and hospital trust are warning a care home planned for Hindhead would lead to cancelled operations and put patient safety in the area at risk.

A 74-bed care home is proposed to replace the historic Andrew’s of Hindhead garden machinery premises on Portsmouth Road, in an area where the sole doctor’s surgery already serves 18 care homes with 450 beds.

Adding another would place it under “an unprecedented strain”, while the NHS trust that runs hospitals in the area said it could be pushed to breaking point and forced to cancel the operations of existing patients.

Health and social care developers ME Hindhead Ltd and Seetwo Developments Ltd said it would “provide a much-needed care facility within the local area for those with nursing and dementia care needs”.

But Grayshott Surgery said there is already an “unusually high” number of care homes in the area, which have a quarter of their beds unoccupied.

The GPs, who are already working at capacity, said a care home of the size proposed would take up between half and one day a week of their time.

They said even before adding another 74 beds there was a “worrying shortfall” in nursing care staff.

“As an example, the local district nursing services are running at a 50 per cent vacancy rate despite significant investment to arrest this trend.”

“There is no need for any more nursing and dementia beds in the Hindhead area, which is already well served.”

The Royal Surrey NHS Foundation Trust, which provides services from Haslemere Hospital and Milford Hospital as well as the Royal Surrey in Guildford, said it too is already running at full capacity in acute and planned health care.

It told Waverley Borough Council: “There will be a dramatic reduction in safety and quality as the trust will be forced to operate over available capacity as the trust is unable to refuse care to emergency patients.

“There will also be increased waiting times for planned operations and patients will be at risk of multiple cancellations.”

The council officer is recommending the application for approval. She told the committee: “Whilst wider issues surrounding the capacity of nearby health care providers has been cited, and a shortage of staff for them, many of these issues sit outside of the arena of planning.”

The development would contribute the equivalent of 41 homes to the borough’s housing land supply.

The proposal, for a building between two-and-a-half and three storeys, prompted two letters of support to the planning authority and 123 letters of objection, including from Haslemere Town Council who suggested affordable housing would be of more benefit to the area.

If given planning permission the care home would be run by Hamberley, who will run the new Charrington Manor home in West Byfleet.

Waverley Borough Council’s Western planning committee is due to make a decision next Tuesday (October 12).