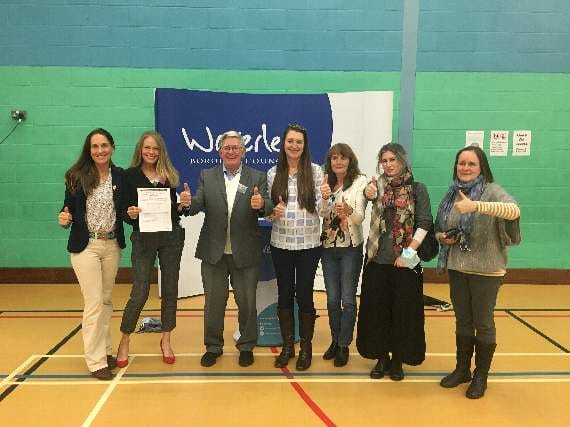 ALMOST 2,400 people voted in favour of the Haslemere Neighbourhood Plan in Thursday’s referendum, outnumbering those voting against by nearly nine to one.

The 87 per cent ’yes’ vote, albeit on a turnout of just 21 per cent, means the community-led town blueprint must now be adopted as local planning policy by Waverley Borough Council.

The plan sets out a vision for development in the Haslemere parish area up to 2032 and has been almost a decade in the making, led by voluntary group Haslemere Vision with support from Haslemere Town Council.

After countless public meetings, online surveys, three paper consultations and independent examination, the plan was finally cleared to proceed to a public vote on October 7.

Electors were asked: “Do you want Waverley Borough Council to use the Neighbourhood Plan for Haslemere to help it decide planning applications in the neighbourhood area?”

The Herald was in attendance at the Edge sports centre in Haslemere as the result was announced just after midnight on Friday, and will have interviews and more analysis in next Thursday’s paper...