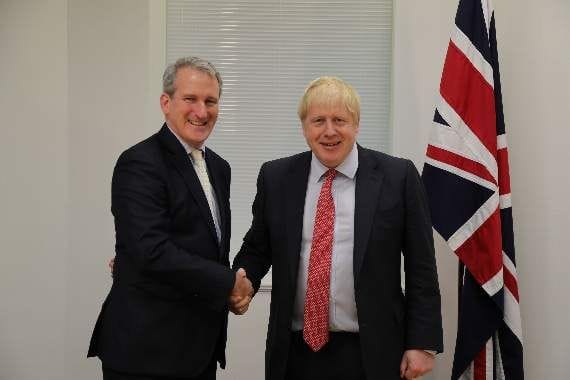 Boris Johnson is facing a vote of confidence on Monday evening after at least 54 Conservative MPs sent letters to Sir Graham Brady, the chairman of the 1922 committee of backbench MPs, requesting the ballot.

If a majority of Tory MPs declare they have lost confidence in the prime minister, it could spell the end of his term as Conservative Party leader.

South West Surrey MP Jeremy Hunt has become the highest profile Tory to announce they will be voting against the prime minister.

But his East Hampshire neighbour, and Minister of State for Security and Borders, Mr Hinds, has given his backing to Boris.

Mr Hinds said: “It was essential to have investigation, lessons learned and apology. We now must move forward, united and with focus on the country’s priorities and the challenges we face, not a destabilising leadership election. I will be voting for the PM tonight.”

Mr Hinds comments have been met with a predominantly, though not universally, negative response on Twitter:

Mr Johnson has been under increasing pressure over the so-called “partygate” scandal.

A report written by civil servant Sue Gray detailed a number of parties held at 10 Downing Street while the country was under strict Covid-19 lockdown measures.

Mr Brady said the Prime Minister was informed of the confidence vote on Sunday evening.

“The threshold of 15 per cent of the parliamentary party seeking a vote of confidence in the leader of the Conservative Party has been exceeded,” Mr Brady wrote.

The vote will be held between 6pm and 8pm this evening (Monday).

“The votes will be counted immediately afterwards. An announcement will be made at a time to be advised,” Mr Brady said.

A Downing Street spokesman said the vote was a “chance to end speculation and allow the government to draw a line and move on”.

At least 180 Conservative MPs would have to vote against Mr Johnson for him to have to stand down as Prime Minister.