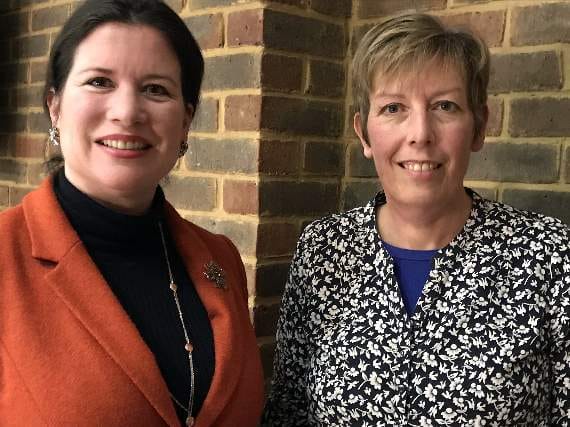 BRAMSHOTT and Liphook Parish Council has been dealt another major blow after chairman Jane Ives handed in her resignation this week, following months of infighting.

In a statement Mrs Ives hit out at the behaviour of some parish councillors and accused them of undermining the role of the acting parish clerk – and abusing her at meeting.

She told The Herald: “I am? tendering my resignation following the full council meeting on Monday, July 30, where our experienced locum executive officer Joanna Cadman was undermined, which shows a distinct lack of respect for her role – and for the massive contribution she has made to our council since joining us.”

“I have never been so appalled and embarrassed by councillors’ behaviour than I was at that meeting, and I cannot and will not tolerate it any longer”, she stormed.

Jeremy Hunt: Why I'm standing down as Farnham and Haslemere's MP

“Councillors seem to block every action we wish to take using points of order as the reason and they cannot seem to accept we are following proper practices now.

“Time and time again I have been subject to abuse at meetings and the stress this has caused me and my family has been horrendous.

“I cannot put up with this any longer and cannot put myself through any more meetings like the one on Monday. I would also like to draw attention to a code of conduct complaint that was raised against me, Jeanette Kirby and Emma Winfield and which was duly dismissed by East Hampshire District Council.

“Despite what has been said, I have received confirmation in writing from the district council the complaint is not being reinvestigated, and the decision already made cannot be reversed.”

Mrs Ives applauded those councillors, who, like her, thought they could make a difference to the community by joining the council.

“Jackie Poole, Thea Jourdan, Emma Winfield and Jessica Taplin are highly motivated, effective and hard-working parish councillors and they should be praised for all the work they do for our community”, she said.

“Mrs Kirby has been a brilliant vice-chair and a massive personal support to me over the past few horrendous months.”

Mrs Ives finished her statement by adding: “I would like to offer my apologies to members of the public who deserve better from their parish council.

Mrs Ives joined the council at the end of 2012 and has been its chairman since May 2016.

During that time, she oversaw one of the council’s biggest new projects, the launch of the Neighbourhood Development Plan, as well as two very successful Village Sports Days involving numerous clubs.

Only a few months ago she celebrated a ‘victory for girl-power’ with other female councillors taking over leading positions on the parish council.

But after being re-elected as chairman, she issued a statement describing her difficulties in leading the council over the last year through some major staff and councillor changes and also some incredibly difficult situations.

Acting chairman Jeanette Kirby spoke to The Herald about the Mrs Ives’ resignation, describing her as a much-valued councillor, whose objective was to raise standards and work on behalf of the community, gaining the respect of officers, staff, district as well as county councillors, the NDP steering group and the community at large with the work she contributed.

She said: “Unfortunately without a full quota of councillors and some councillors unwilling to share the burden of community responsibility and the seeming lack of common purpose, despite Jane’s considerable efforts, the nett result was unhappiness at many levels.

“It was from this standpoint that Jane, an enthusiastic and engaged parish chair, resigned.

She added: “We now hope remaining councillors will step up to the mark.

“However, for democracy to succeed and to continue to raise standards, to progress and complete those projects already initiated, this council needs strong people willing to come forward and work in harmony with the purpose of benefiting the wider community.

“With three councillor vacancies I urge residents to consider putting themselves forward so Jane’s vision and hard work will not have been in vain.”

The parish council lost several members last year as well as both its parish clerk, Peter Stanley, who took a year’s sabbatical and his deputy, Melanie Kite, who resigned last summer, leaving the office in disarray, until the appointment of Denise Meek as deputy and Joanna Cadman as executive officer.