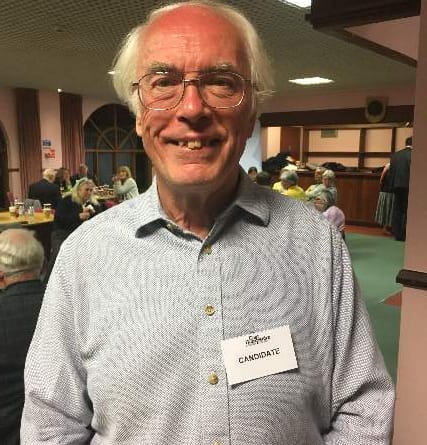 ONE of the most influential local politicians in recent years is no longer in charge of the massive multi-million pound regeneration of Whitehill and Bordon.

Grayshott East Hampshire District Council member Ferris Cowper was the cabinet member in charge of the project he launched with a £10m government eco-town grant around 2008.

The sometimes controversial councillor has been council leader twice, deputy leader once and throughout has retained control of the eco-town development and its thousands of new homes.

He left the cabinet, and his portfolio post, on March 19, just days before the lockdown began on March 23, and it has only now become public.

When asked, the council wouldn’t say if Cllr Cowper was being investigated or subject of an enquiry by either fellow councillors, council officers, outside persons or bodies, which has been claimed by some members.

It also avoided saying if he was to be thanked, or honoured, for his work progressing the Whitehill and Bordon redevelopment.

Cllr Cowper would only say the current leader of the council, Richard Millard, would answer any questions.

In response, Cllr Millard said: “The regeneration of Whitehill & Bordon is one of our key priorities and we have now reached a stage where rather than having one dedicated councillor role for this on cabinet, I want to involve more individuals so we have a wider breadth and depth of knowledge and skills targeted at it.”