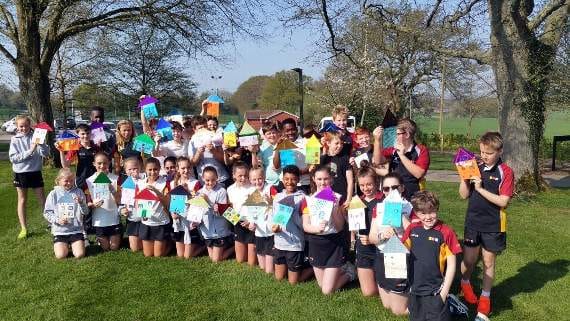 YEAR 7 pupils at Lord Wandsworth College learned a lot about Amnesty International’s ‘Write for Rights’ campaign with an enlightening talk by a Year 11 pupil and a Lower Sixth-former.

Allie and Luke, both members of the school’s Amnesty Youth Group, gave an introduction to Amnesty International, which was followed by an explanation of Amnesty’s global letter-writing campaign to show support for people around the world who have suffered injustice and whose freedom to speak is under threat.

The group supported Ni Yulan, a civil rights lawyer in China, who has defended victims of forced eviction in Beijing for more than 20 years, in particular when residents’ homes were selected for demolition to make way for the 2008 Beijing Olympics.

Ni Yulan has been imprisoned twice and now uses a wheelchair, since being badly beaten by the police in 2002 during her first prison sentence. Her courage and determination earned her the Dutch government’s 2011 Human Rights Tulip award.

In 2016, she won the International Women of Courage Award from the US Department of State, but was unable to accept the prize in person after the Chinese government imposed a travel ban.

Pupils created houses to represent the houses lost by the victims in an act of solidarity with Ni Yulan.

Jane Mitchell, head of Lord Wandsworth College’s Amnesty Youth Group, said: “The event provided a heartfelt insight into the struggle for basic human rights that exists for many across the world. Pupils showed sensitivity and compassion for a worthy cause.”