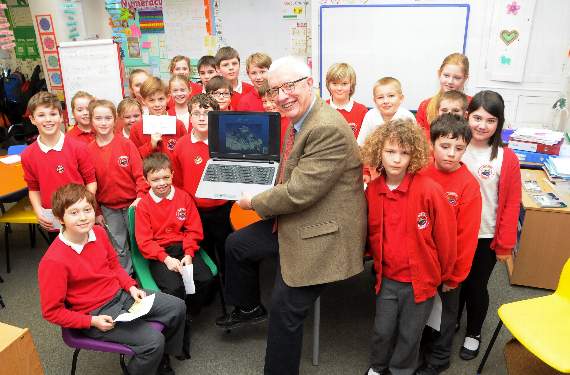 AN intrepid former British Army officer has paid a visit to a school near Petersfield to tell pupils about life as an adventurer.

Mike Trueman, who last year brought out a book called The Storms: Adventure and Tragedy on Everest, told year four and year five children from Buriton Primary School about his life’s travels.

The former sailor, who survived the Fastnet tragedy in the Irish Sea in 1979 and who co-ordinated a rescue effort when fierce storms struck the world’s highest peak in 1996, gave eager pupils a fascinating account of life crossing rough seas and battling poor weather in the Himalayas while scaling Mount Everest, something which claimed the life of friend and fellow mountaineer Mike Matthews in 1999.