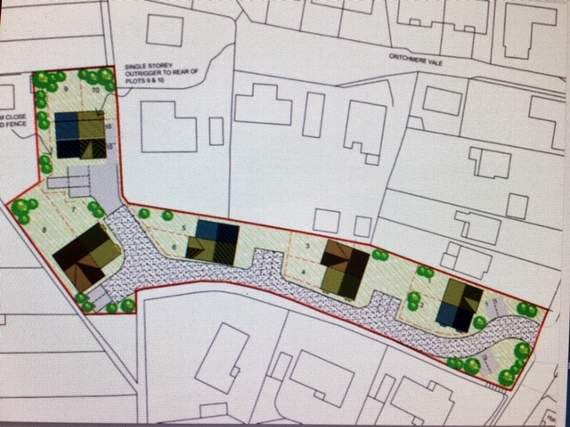 A CONTROVERSIAL “infill” plan to build ten new homes by demolishing a house in Crichmere Lane and building on its garden and an adjoining back garden in Pitfold Avenue, has been dismissed on appeal.

The outline scheme, which was refused by Waverley Borough Council in June 2018, triggered more than 30 objections from residents concerned about the increase in traffic on a ‘blind bend’ on a busy approach road to Woolmer Hill School, which is also used as a short cut to the A3.

Haslemere Town Council had recommended the plan be rejected on highways grounds and for being “overbearing and out of character with the neighbourhood”.

Planning Inspector Joanna Reid upheld Waverley’s decision, but noted that as the borough council was unable to demonstrate a five-year plan of deliverable housing sites, the presumption was in favour of sustainable development.

Magical dance performance for young audiences, The Greenhouse, coming to the Maltings

Rob set to produce big laughs at the Farnham Maltings

The inspector concluded, however, that the benefits of gaining more new homes “did not significantly and demonstrably outweigh” the harm caused and planning permission should not be granted.

The appeal was dismissed on two grounds - for harming the character of the area and failing to safeguard a protected tree.

“Because the pairs of dwellings, some sideways onto the new road, would be close to the site boundaries and to the road, they would look squeezed-in,” she noted.

“The street scene in the new road would be mainly characterised by its lengthy hard surface, tall boundary fences and blocks of parking spaces, and the proposal would be unacceptably damaging to the character of the area.

“The Tree Protection Order tree makes an important positive contribution to the character and appearance of the area.

“The bays would be sited close to the present canopy.

“Harm would be caused by failure to safeguard the future health and longevity of the TPO tree.”