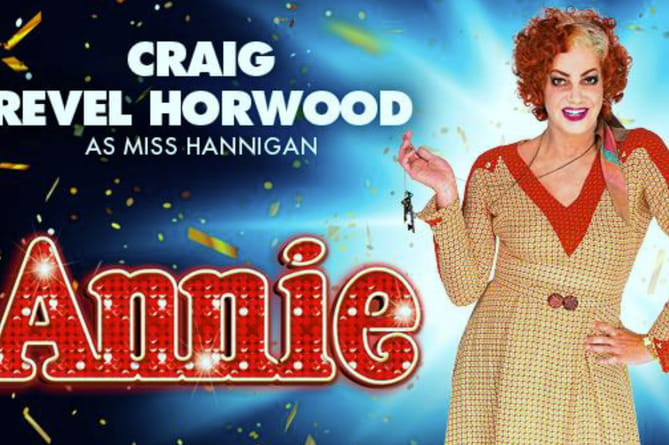 Craig Revel Horwood, the pantomime villain of the Strictly Come Dancing judging panel, is set to give theatre audiences a chance to boo him next year.

He will be starring as Miss Hannigan in the musical Annie at the New Victoria Theatre in Woking from June 19 to 24.

Craig is probably best known for his service as a judge on all 20 series of Strictly.

He returns to the part of Miss Hannigan having played the role to critical acclaim in this production in both the West End and on tour.

Campaigners fight to keep housing away from Four Marks and Medstead

His other West End theatre credits include Munkustrap in Cats, Miss Saigon at the Theatre Royal, Drury Lane, and Harry in Crazy for You at the Prince Edward Theatre.

Craig directed and choreographed Strictly Ballroom The Musical, which is currently touring the UK and Ireland, and the 2016-17 tour of Sister Act The Musical as well as the Strictly Come Dancing Live tour. He also choreographed the film Paddington 2.

Annie is set in 1930s New York during the Great Depression, where brave young Annie is forced to live a life of misery and torment at Miss Hannigan’s orphanage.

Determined to find her real parents, her luck changes when she is chosen to spend a fairytale Christmas at the residence of famous billionaire Oliver Warbucks.

Spiteful Miss Hannigan has other ideas and hatches a plan to spoil Annie’s search.

With its award-winning book and score, this stunning production includes the unforgettable songs It’s The Hard Knock Life, Easy Street, I Don’t Need Anything But You and Tomorrow.

Annie has music by Charles Strouse, lyrics by Martin Charnin and a book by Thomas Meehan.

It is directed by Curve artistic director Nikolai Foster, with set and costume design by Colin Richmond, choreography by Nick Winston, lighting by Ben Cracknell and sound design by Richard Brooker.

Annie is based upon the popular Harold Gray comic strip Little Orphan Annie and loosely based on the 1885 poem Little Orphant Annie written by James Whitcomb Riley.

Charnin approached Meehan to write the book of a musical about Little Orphan Annie in 1972. Meehan researched by re-reading prints of the comic strip, but was unable to find any satisfactory material for a musical other than the characters of Annie, Oliver Warbucks and Sandy, so he decided to write his own story. The original Broadway production opened in 1977 and ran for nearly six years, which set a record for the Alvin Theatre.