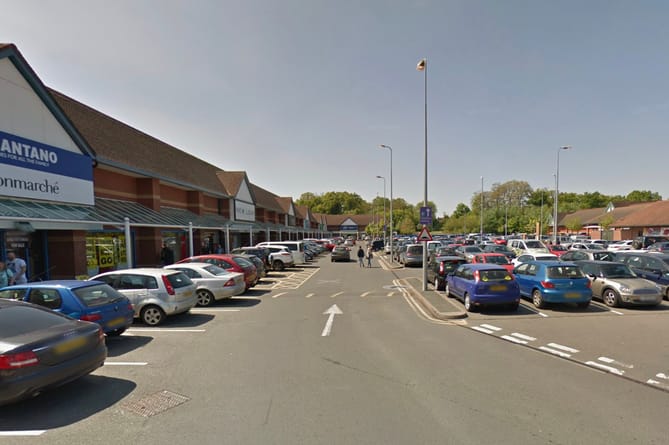 SURREY County Council is changing its strategy on debt repayment after auditors branded it “imprudent”.

The council hadn’t set aside money its budget to repay £233 million worth of loans borrowed from the Government for its commercial property investments around the country.

It was relying on selling off the property if it had to. But it came to light the council’s portfolio was last year worth almost a quarter under what it paid for it.

Mark Hak-Sanders, strategic finance business partner, said: “Our strategy for 2021 didn’t include any minimum revenue provision for those loans, so we weren’t setting aside any funds to repay that debt.

“The logic behind that was that if we were required to pay any debt as a county, we would be able to realise a capital receipt from the sale of those investment properties in order to deliver the cash we needed to repay the loan.”

When Grant Thornton audited this policy they said that, though it was in line with legislation, it was in their view “imprudent”.

Mr Hak-Sanders said: “I would say that that was with a significant degree of hindsight.

“Nevertheless we understood their point and we accepted that the policy could be more prudent.”

The county council is to change its policy so that from 2022/23 a minimum amount must be set aside each year from their revenue account on all loans, including those to its subsidiaries investing in property outside of the county.

The Government is considering making this a legal requirement from 2023.

The current year introduced a policy where it would do this only where a property’s market value was no longer sufficient to cover the outstanding loan, which Grant Thornton concluded was “no longer imprudent, but optimistic”.

Councillor David Lewis, chair of the council’s audit and governance committee, said: “I think, hopefully speaking on behalf of the committee, we welcome the change to the minimum revenue provision strategy. It’s good to see that that has now been adopted.”

At the end of March 2021, Surrey County Council’s Halsey Garton property portfolio was valued at £78million lower than cost.

Commercial properties owned by the council’s subsidiary Halsey Garton Property Ltd are now valued at £251.25million, a 24 per cent reduction.

The loss in value is said to be “largely due to pressures on the retail environment”, with the portfolio comprising 37 per cent retail.

The council will now set aside money each year so that it can afford to repay the debt associated with those investments, bringing its policy in line with Grant Thornton’s guidance.

Mr Hak-Sanders said: “We ought to look at he overall return not just the capital return – those properties, particularly the ones that are showing a reduction in their capital value, are still making a significant contribution to the revenue budget, and will continue to do so whist we hold them.”

Anna D’Alessandro, finance director corporate and commercial, said the portfolio generates £8.5million net income for the council each year and pointed out the loss was unrealised.

“The capital value only impacts us should we choose to sell the asset, and we have no plans to do so,” she said.

Mr Hak-Sanders added: “Those investments are held for long-term return and whilst there might be fluctuations in the value of that portfolio, there’s every expectation that it will recover over the medium-term.”

“But I think what we’re seeing as a result of the last two years is that life going forward is probably very different and that might have an impact in terms of demand for commercial and retail property.

“It seems to me we’re living in pretty uncertain times. We’ve got inflation which is rising fairly rapidly to sort of 30 year highs and we don’t know really where we are with the pandemic.”

A separate Halsey Garton portfolio of 72 residences made a loss of £30,000 last year.

Paul Forrester, strategic finance business partner, commercial, said this represented the company being in its start-up phase and only trading for eight months and the forecast was positive.

Asked what they thought to be the biggest risk to the council, Mr Hak-Sanders said interest rates.

The council’s £1.95 billion capital programme requires it to borrow £1.3 billion over the next five years.

Its level of borrowing as a proportion of what it spends is going up – from about two per cent this year to six per cent in 2026/7.

Mr Hak-Sanders said this is similar to the seven per cent for comparable local authorities, adding there is an interest rate reserve of £1.6 million which could cover short-term rate increases.