War heroes 'gone but not forgotten' 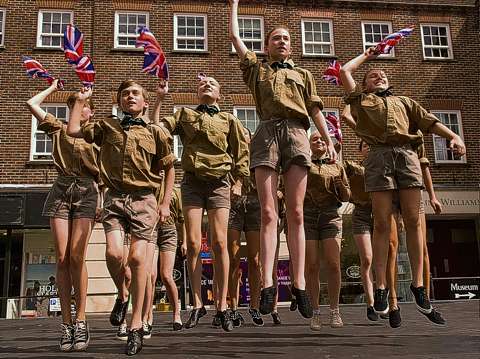 PETERSFIELD was alive with the sights and sounds of a bygone era on Sunday as the town paid homage to the fallen of the First World War. The commemorations to mark the centenary of the Great War – dubbed Gone But Not Forgotten – filled The Square. "The Square was full and we couldn't have been happier at how it all went," said Amanda Harwood, of Petersfield Museum, which arranged the event in partnership with county-based dance group Dance Up. With a mixture of dance, poetry readings, musical performance from young people in the community and other groups, the event held on a glorious summer's day included speeches from Petersfield MP Damian Hinds, a representative from the Royal British Legion, and town mayor Sue Harwood. It was an early start for organisers as a huge state was erected in The Square at 5am, well before the day-long event which had been 18 months in the making. "It was lovely that so many people came along and enjoyed it," said Amanda.