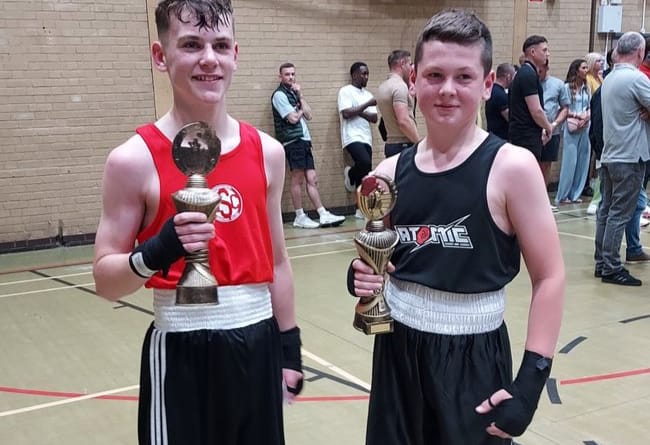 Atomic Boxing Club’s Riley Grace underlined his growing potential with a fine performance in the ring in a Skills bout.

Riley was happy to take on a last-minute bout to finish the season – his second Skills encounter – against a good opponent from Surbiton ABC.

A skills bout is a controlled challenge of three rounds where a boxer can exhibit what he or she has learned. The bouts are specifically for the development of young boxers in preparation for amateur boxing with no winner declared.

A club spokesman said: “Riley showed his skill and knowledge is growing – he has listened to everything that has been said to him and acted upon it, and produced a very good Skills bout.”