Rowledge romp to impressive victory against Basingstoke and North Hants 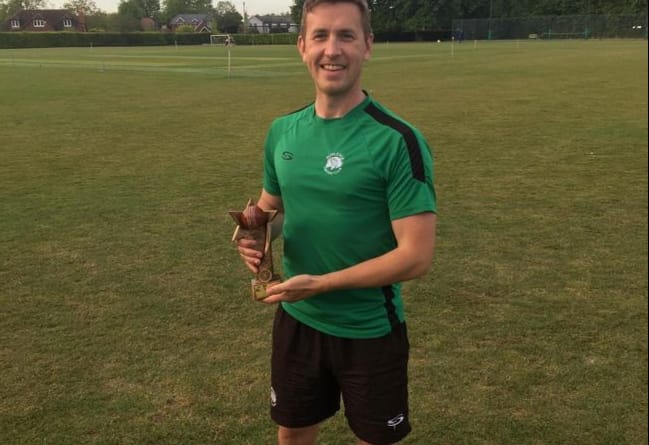 ROWLEDGE continued their fine start to the season with a comprehensive 96-run win at home to Basingstoke.

This was a highly-anticipated game following the disappointing scenes in their meeting last year, which led to the suspension of eight Basingstoke players, a points deduction, and a fine by the Southern Premier League.

After winning the toss and electing to bat, Rowledge never found it easy to score freely on a pitch slightly softened by rain during the week.

They lost the in-form Ricky Yates early to a nip-backer by Basingstoke opener Bradley Neal, and never found stroke-making easy against some accurate bowling.

Jonty Sebborn (29) kept Rowledge ticking along through the middle overs alongside South African Ash-Lee Harvey, who compiled a patient 37 to keep Rowledge on track for a decent total.

Eventually, Harvey fell to a direct-hit run out, thrown from the boundary edge, just as he was trying to accelerate.

Following his fine knock the previous week, young all-rounder Ollie Ryman took the proactive approach and looked to impose himself on the Basingstoke bowlers, particularly strong using his feet against the spinners and running well between the wickets.

Ryman eventually fell for an excellent 56 in tough conditions, and a useful cameo in the final overs from Richard Forbes pushed Rowledge to a defendable total of 203 for nine.

The match was in the balance. However Rowledge were intent on implementing their plan and strangling the life out of the game. Forbes set the tone with the new ball, delivering an immaculate spell of three for nine from his seven overs, including the wicket of captain Dan Belcher in the first over.

Rowledge never looked back and they sought to pile the pressure on the Basingstoke batsmen at every opportunity.

The exceptional discipline of every Rowledge bowler meant wickets fell at regular intervals, with no Basingstoke batsman able to make any contribution of note.

Ollie Baker impressed again with his control and guile, accompanied by the nagging line and length of Yates, and the exciting spin bowling from talented young all-rounder Ryan Littlewood.

The real highlight was the quality and intensity of Rowledge’s fielding which, backed up the relentless accuracy of their bowling, was summed up perfectly by a trio of excellent catches in the deep by Ryman to cap off a pleasing victory.

This young, energetic Rowledge side are quickly building a reputation for being one of the finest fielding sides in the division, and are characterised by their strong team spirit and togetherness.

After a positive start to the season, they will hope to continue their momentum this weekend when they face the stern task of travelling to Alton tomorrow (Saturday), followed by a tricky Village Cup tie at home to Blackheath on Sunday (1pm).