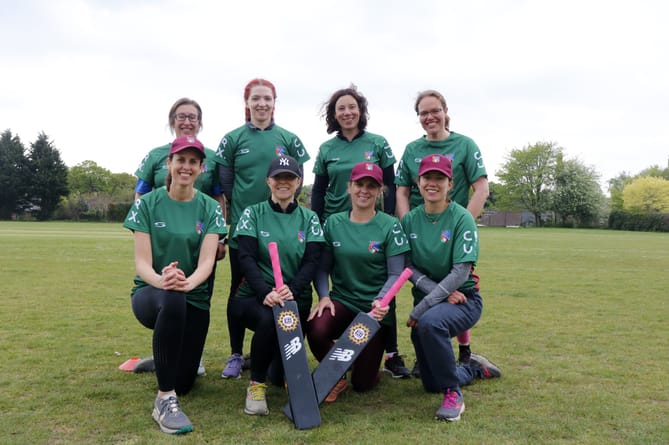 IT WAS a soggy start to the Grayshott women’s team’s softball cricket season, as the Strikers headed to Frimley Green recreation ground to face Frimley Phoenix Fire.

Frimley won the toss and chose to field first.

Trace Johnson and Cat Linegar were Grayshott’s opening pair and they put on a good performance with 14 runs, despite losing a wicket.

The next pair was Sophie Weekes and Marija Jones – they added five to the score, having lost three wickets.

Kate Jacques and Kirsty Hills were the next pair, with their hard work resulting in a net score of zero thanks to some impressive bowling from Frimley.

As Frimley opened their batting, the rain held off for Grayshott to get stuck into fielding.

With Hills taking on wicketkeeper duties, the rest of the team shared the bowling across the 16 overs. With a couple of maiden overs and four wickets bowled, the match headed towards a tight finish.

It all came down to the last ball and Frimley nicked a single to win the match with a net score of 233 against 232.

Despite the loss, the Grayshott Strikers were thrilled to be back playing cricket and are looking forward to the next match. The Grayshott team also thanked Mark Weekes, who went along to umpire.