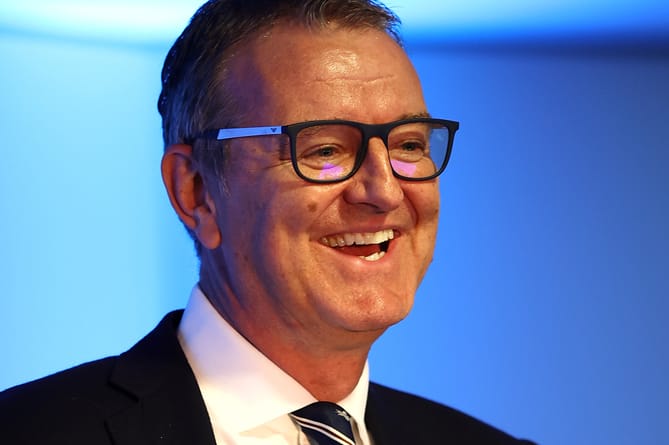 Cricket fans living with dementia in Surrey have a special invite to day one of the County Championship match at The Kia Oval against Kent this Sunday (June 26).

Surrey County Cricket Club are working in partnership with Alzheimer’s Society to transform the way sport supports people affected by dementia, as part of the charity’s Sport United Against Dementia (SUAD) campaign.

On Sunday, June 26, the club will play against Kent County Cricket Club and offer complimentary tickets to people living with dementia, their families and carers.

With more than 17,000 people estimated to be living with dementia in Surrey, SUAD aims to end the stigma faced by those in the sporting community whom dementia affects, by creating a network of dementia friendly facilities so people can enjoy sport for longer.

Team spirit is the key in Rowledge starlets' win at Portsmouth

Afzal Shaikh, 86, from Mole Valley in Surrey, is an avid cricket fan living with dementia and will attend the match with his wife Zohra and family.

Zohra said: “Afzal was a keen cricketer during university in Pakistan while studying medicine. He has been playing cricket here since 1963 and kept going until he turned 70.

“He helped form a cricket team with other medics and NHS staff when he was working at hospitals in Peterborough. They called themselves the Grim Reapers.

“He sought a diagnosis because he was having problems remembering which patients he had seen each day at work. For instance, seeing patients in the morning and ringing them up in the afternoon.”

“My husband was later diagnosed with vascular dementia in 2014. We have a local cricket club behind our house and pre-covid, we were both scorers for them, although his attention span wasn’t up to scoring the entire match so he would sit there for long periods while I did it. The sport has been a lifeline passion of his.

“I cannot remember when my husband last went to a sports stadium, probably 30 years ago as going out is very difficult. We are very excited to be at the match later this month.”

Richard Thompson, Chairman of both Alzheimer’s Society’s SUAD and Surrey County Cricket Club, knows first-hand the impact dementia can have on a loved one.

He said: “Dementia is the UK’s biggest killer. The impact on families is devastating. What we are trying to do with this day is to open our doors to families living with dementia, offering them a thought through and supportive environment, thereby allowing people to once more enjoy a day at the cricket.”

Alzheimer’s Society’s SUAD campaign will provide hope for future generations through research and transform the way the industry supports people affected by dementia, so no player, former player or fan across the nation faces dementia alone.

Alec Stewart, Surrey County Cricket Club’s Director of Cricket, former England cricket captain and Alzheimer’s Society SUAD champion, said: “I’m honoured to support the brilliant work of Alzheimer’s Society and get behind its efforts to raise vital funds and awareness to make the biggest difference to people affected by dementia. I’m looking forward to welcoming people living with dementia, their families and their carers to the ground to watch a great day of cricket.”

Surrey County Cricket Club is also supporting Alzheimer’s Society’s Forget Me Not Appeal, taking place throughout June, with players sporting the Forget Me Not badge during training, to mark the occasion.

Matt Hughes-Short, Strategic Change Programme Manager for SUAD at Alzheimer’s Society, said:“It is vital people affected by dementia stay connected to their communities. We are delighted to be collaborating with Surrey County Cricket Club for this dementia friendly fixture, as part of our SUAD campaign.

“As well as creating a dementia friendly industry, the campaign seeks to increase funds and awareness of our support services such as the Dementia Connect support line (0333 150 3456), and will increase understanding of dementia amongst players, former players and fans.

“A diagnosis of dementia doesn’t have to stop people enjoying a day out at the cricket or staying connected with other fans.”

It has never been more important to support Alzheimer’s Society’s crucial work. Honour someone special and fund life-changing dementia support by wearing a Forget Me Not badge. Visit alzheimers.org.uk/forgetmenot for more information.