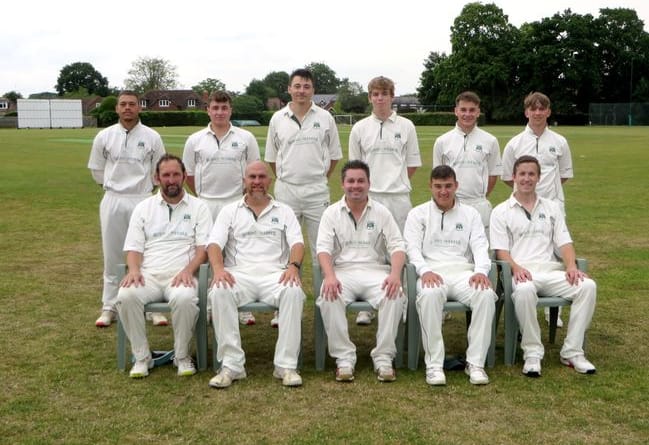 Rowledge recovered from an uncertain start to their run chase to extend their lead at the top of Southern Premier League Division 1, securing a crucial four-wicket win in a top-of-the-table clash against Ventnor.

Ventnor captain Ben Woodhouse elected to bat after winning the toss and immediately his batters looked to be positive in the early stages.

Despite scoring at a decent rate, Ventnor would lose their top three in the first 11 overs, finding themselves 57 for three. The aggressive Rob Snell departed early and, crucially, Ollie Baker removed the dangerous Sri Lankan Dineth Thimodya, the league’s top run scorer, for just 14.

Baker and David Lloyd brought some much-needed control for Rowledge, bowling in their typical economical fashion, as the experienced Martin Blackman and Hugh Calloway looked to repel some accurate bowling and rebuild the Ventnor innings.

Team spirit is the key in Rowledge starlets' win at Portsmouth

Calloway was then run out at the non-striker’s end in unfortunate fashion, the ball deflecting off Baker off his own bowling and into the stumps.

Blackman was joined by Ross Whyte who, despite initially looking scratchy, unleashed some powerful strokes to accelerate towards the back end of the innings.

Blackman continued to accumulate and, just as he looked set to accelerate, he miscued a sweep shot and was smartly held by Ben Wish off the bowling of the ever-impressive Baker for a patient 50.

Whyte was then removed by Ash-Lee Harvey and, just as Ventnor looked to unleash an onslaught to build a big score, Rowledge kept their composure well. They fielded exceptionally, fought to prevent every run, and took regular wickets to conclude the innings in the ascendancy, bowling Ventnor out for 208.

Harvey, Littlewood, and the returning Will Ryman all impressed with the ball in the final stages.

Amid darkening skies and increasingly blustery winds, Rowledge’s reply got off to a disastrous start, losing their top three with just 20 runs on the board.

Baker and Zac Le Roux came together, weathered the storm, and brought some much-needed stability.

Le Roux looked in particularly excellent touch yet again, confident and dismissive against anything short-pitched. The pair compiled a crucial 57-run partnership to drag Rowledge out of a tough position before falling in quick succession to leave the score at 83 for five and the match still very much in Ventnor’s favour.

The talented young pairing of Olly Ryman and Ryan Littlewood then combined to progress the Rowledge innings.

Running excellently between the wickets, they put on just shy of 50 and scored at well above the run rate without taking any real risks.

The pair had put the pressure back on Ventnor, resulting in a period of erratic fielding, chaotic overthrows and wayward bowling, which gifted crucial runs to Rowledge. However, when Ryman fell for a brisk 28, miscuing a full toss to Thimodya, the game was thrown right back in the balance.

Littlewood had been patient and reeled in his attacking instincts to this point and, though there was no need to increase the run rate, there was a danger that more wickets could cause real havoc in the Rowledge ranks.

Fortunately, Lloyd proved the perfect man for the occasion. The pair showed exceptional composure, patiently seeing off a tricky spell, and subsequently punishing the loose deliveries when they came.

Lloyd and Littlewood guided Rowledge to victory unscathed with just over three overs to spare. Lloyd compiled a well-made 25, but Littlewood was the star, finishing with an outstanding 59 not out in a high-pressure situation.

This continues his excellent start to the season in which he has provided significant contributions with bat, ball and in the field.

With two weeks to go until the midway point of the season, Rowledge sit at the top of the table having won six of their first seven games. They will look to continue this form when they travel to the New Forest to face New Milton this weekend.