Alton Golf Club: A real gem on the county circuit 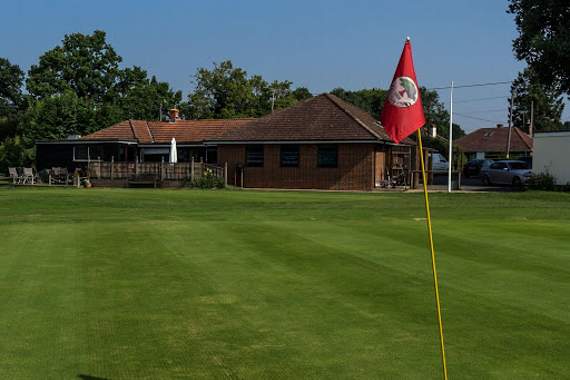 ALTON Golf Club is tucked away on the outskirts of the town, well away from passing traffic – and off the beaten track for most golfers.

And that’s just the way they like it. For all the time it’s like that, members can just roll up and play whenever they choose – no having to book a tee time days in advance here.

But slowly, the secret is getting out. Alton is a wonderful course to play and excellent value for money. It’s a hidden gem on the county circuit.

The club has a rich past. James Braid, perhaps one of the most creative course designers of all time – he was responsible for Gleneagles and for making Carnoustie what it is today – designed the Alton layout in the early 1900s.

It was originally owned by the lord of the manor and a favourite with the local gentry – the doctors and lawyers. When he died in 1930, the whole estate was up for auction, and members bought the club.

Some of the hillier parts of the course were sold – probably to the relief of players, as it was tricky enough already.

It hit financial problems and a new owner took over but that, too, soon hit the buffers – and the members picked up the pieces as a committee was formed to save the club from being shut down and reformed as a charitable organisation in 2013.

It may have been a blessing in disguise. Now it’s a thriving club with a homely clubhouse and some of the friendliest members you’ll find anywhere.

There are just over 140 members – and with a membership limit of 150, it’s very close to full.

Unlike many clubs, who will cram in as many members as possible, that’s not the Alton way – they like the fact members can turn up and play when they like, that huge queues don’t form on the first tee, and that when you play the course, you feel as if you’re the only person out there in the heart of the Hampshire countryside.

And don’t be fooled that because it’s a nine-hole course, it lacks something.

Yes, at just under 6,000 yards it not the longest track. But its design – remember. Braid’s brain was at work here – means where the ball finishes is far, far more important than how far it is bashed off the tee.

There are enough trees around to really punish wayward shots. And the greens are difficult enough to negotiate from the centre of the fairway, let alone from the rough.

n The course is open to Members, guests and green-fee players during the coronavirus pandemic. But prior booking is required.

Call 07706 960994 between 10am and 4pm for a tee time. The club advise that some bookings may not be possible on the day so the advice is to try to book at least two days in advance. Payment is taken by card only and at the time of booking.

Two, three and fourballs are allowed and players are asked to arrive 10 to15 minutes before their tee time. More details are available at http://altongolfclub.com