Top-quality displays and thrills in championships 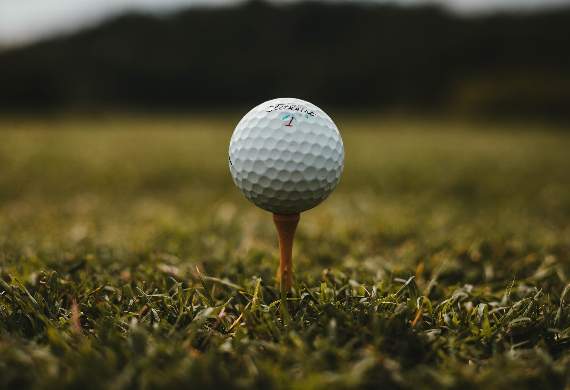 Players faced difficult conditions on both Saturday and Sunday

One of the highlights of the weekend was a superb 85 by 15-year-old Billy Larvan, who has a handicap of 22, on Saturday, who hit nine pars in his round – and over the weekend earned himself a four-shot handicap cut.

In difficult conditions on both Saturday and Sunday, with often gale-force winds swirling about the course, the 80-plus competitors were able to play some excellent golf, but without presentations afterwards because of Covid restrictions.

On Saturday, Jay, who plays off four, and ten handicapper Eddie Maloney both scored 78.

Last year’s winner Alex Tupper, who plays off four, was just four strokes behind, but Jay went ahead on the front nine on Sunday to take a three-shot lead over Eddie.

With two birdies and five pars on the back nine, Jay then forged ahead to win by seven strokes, consisting of two rounds of 78 and 76.

Alex hit back with two birdies and an eagle on 15, but then threw away any chances he had with a double bogey on the par-three 16th.

Although Eddie hit five pars on the back nine, he also struggled with two bogeys and then a triple bogey on the 18th.

Not surprisingly, after another good round of 89 on Sunday, Billy was the handicap trophy winner, with Robert Littlewood, who plays off 22, runner-up on 181.

The Alan Ponking Trophy for those with handicaps of 19 and over was won by Mick Raggett – who plays off 19 – with a total score of 179, with Martin Ball, a 23 handicapper, runner-up 13 strokes back.

The ladies’ championship was a much closer affair, with Lorna winning on the 18th when runner-up Froz Woolston could only bogey the final hole.

On Saturday, Lorna, who plays off seven, and 12-handicapper Froz both scored 87, with Gina Smith (handicap 14) only a shot behind.

On Sunday, Froz took a one-shot lead after nine holes, while Lorna and Gina were tied.

On the back nine Lorna hit five pars, while Froz came unstuck on the par-four 12th with a triple bogey seven. Gina had three double bogeys to put her out of contention, but coming down the last Lorna and Froz were level thanks to a birdie by Froz on the 15th.

On the 18th Lorna was on a mound at the back of the green for two, while Froz was on the green in three but had a difficult cross-green putt.

Lorna’s excellent chip was within 1ft of the hole, while Froz could not quite make her putt, leaving Lorna to hole out and win by one stroke.

The ladies’ handicap winner was 24-handicapper June Hunt with scores of 100 and 92, with Gina Smith runner-up.

In Division 2, the gross winner was 29-handicapper Jane Boulger with two scores of 106, while the runner-up was Patsy Colquhoun, who plays off 30, with scores of 107 and 113.

Handicap winner in Division 2 was Isabella Du Toit, a 43 handicapper, with a total of 215, with 34-handicapper Mal Hoare runner-up with 221.