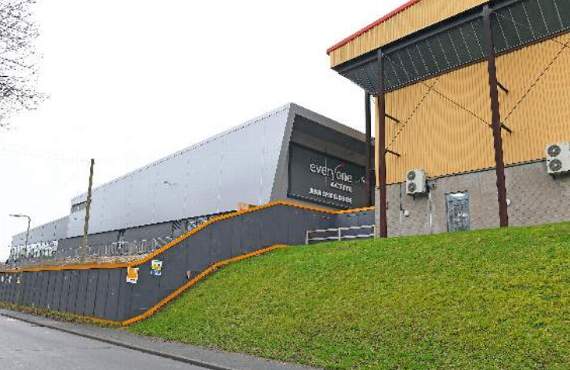 THE CRÈCHE at Alton Sports Centre will remain closed for the “foreseeable future”, Everyone Active has confirmed.

It comes after a full council meeting at East Hampshire District Council (EHDC) on November 19, where Councillor Suzie Burns asked: “Given that the current centre was built without sufficient space for a dedicated crèche , and now the redundancy of the care givers, how is EHDC going to encourage its residents – parents and carers alike – to access the facilities, so that it truly is a centre for the entire community?”

In response, Councillor Richard Millard, leader of EHDC, gave a list of government requirements for operating crèches, and said it was “not possible to achieve” the requirements listed because of the crèche’s current operation as a “drop in session basis with different children on different days”.

He said that if the centre operated a booking system allowing for the same bubble of children and the same colleagues, it “would restrict numbers and would not be viable both financially and operationally, as a different colleague would be required for each session group”.

Cllr Millard confirmed the council had “commitment” from Sports and Leisure Management Limited (Everyone Active’s parent company) that they would “continue to assess the viability and demand for the crèche once restrictions are removed”.

David Love, area contract manager at Everyone Active, confirmed it was “not viable for us to reopen the crèche at Alton Sports Centre for the foreseeable future”, adding: “Our crèche facility was also located in the sports hall, which we are now utilising for social distancing measures and increased demand for classes.

“Our team members who work in the crèche were given the opportunity to declare any interest in other roles within the business subject to availability. Regrettably, some redundancies have inevitably had to be made as a result of the restrictions.”