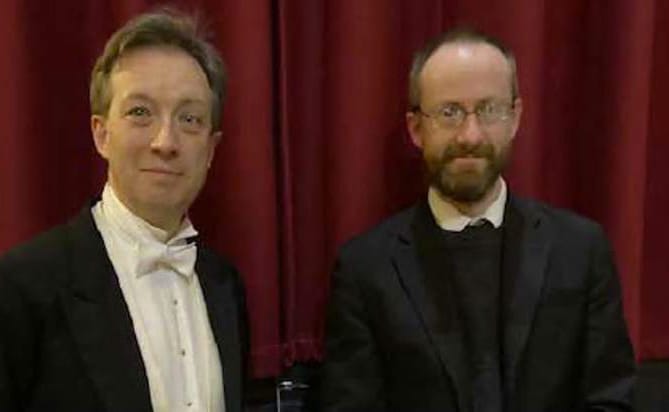 Haslemere Musical Society returned to its usual venue, Haslemere Hall, for its annual Christmas themed concert after a break of 21 months due to Covid restrictions, on Saturday, December 4.

An earlier, orchestral only concert had taken place in October this year, but without the choir.

Haslemere Hall was filled with an audience eager for the resumption of normal musical activities, so important at this time of year, and they were not disappointed.

Although space was somewhat limited because of the socially distanced orchestral placing, we were able to enjoy the full sound of 40-plus musicians and the added benefit of similarly-sized choir to fill the hall with music.

Farnham Charity Bike Ride returns this weekend – and it’s never too late to sign up!

What time is it all happening at Hale Carnival this weekend?

The concert began cautiously with Rossini’s Overture to La Cenerentola (Cinderella), but when the tempo increased, the full power and dynamics of the orchestra were apparent, particularly when the first theme for strings entered the fray.

This is a superb piece to begin any concert as it contains so many of Rossini’s wonderful melodies.

Conductor, James Ross, then welcomed the audience and explained the ideas behind the opening work and the next item, Haydn’s Symphony No. 101, ‘The Clock’, one of the symphonies that Haydn brought to London in the 1790s.

This is a bright, chirpy and melodic work full of good tunes and the second movement’s ‘tick-tock’ rhythm given prominence by the pizzicato cellos and woodwind, gives the work its title.

The third movement Minuetto-allegretto, was played with great fervour and reminded one of the Womble’s pop hit in the 1970s, with a similar name.

After the interval, it became the choir’s turn to join in the proceedings and we were treated to some mellifluous a capella singing with the Dixit Maria by Hans Hassler (c.1564-1612).

The choir was in good voice throughout, although the prominence of the sopranos and the relative small number of basses gave the works a brighter, less full bodied sound than is usually the case.

A chamber music interval provided the audience with the opportunity of hearing an arrangement for wind ensemble of two movements from Dvorak’s Czech Suite, which were superbly played by the wind section of the orchestra.

This work was dedicated to Anne Goldman (1938-2021), who for many years played the clarinet in the HMS orchestra and organised its summer sessions.

Then we came to the real meat of the evening, the seasonal choruses from Handel’s wonderful oratorio, Messiah. We heard: And the glory of the Lord shall be revealed; And He shall purify the sons of Levi and finally, For unto us a child is born.

This told us that Christmas is just around the corner and gave us the expected jubilant sound of Handel’s excellent, enthralling work, which has been popular for 280 years.

The choir and orchestra gave it their all and the audience was delighted; it really lifted the mood on a dark and bitterly cold night.

Amateur choirs just love to sing these exceptional choruses from Handel’s most popular and performed work and the Musical Society choir made that obvious to us all.

The next item was a special treat. Local composer, Clive Osgood had composed his Bee Carol, to a poem by Carol Ann Duffy, in 2018, for the BBC Radio 3 Carol Competition.

Clive was present to play the keyboard accompaniment to this lovely seasonal work which was given its première performance at this concert.

The concert ended with Leopold Mozart’s Sleigh Ride (Schlittenfahrt) from his Divertimento in F for orchestra.

Complete with sleigh bells and a jaunty tune, it brought the evening to a very successful close and was enjoyed by all attending and those taking part, sending us away into the night, warm and contented.